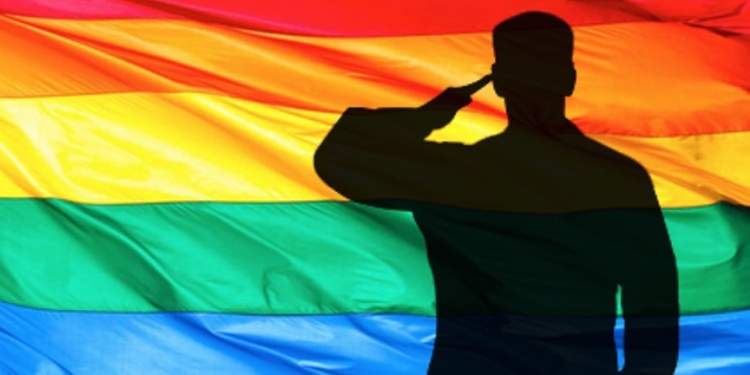 The following article was written by EUROMIL in the framework of this year’s Debating Security Plus debate on LGBTI Rights in the security Sector and first published on Friends of Europe’s “Europe’s World” platform.

Voters went to the polls from 23 to 26 May 2019 to elect their representatives to the European Parliament. This vote will have an influence on the leadership of the new European Commission and the policy orientation it will take in the next five years. Human rights and fundamental freedoms – including those of lesbian, gay, bisexual, transgender and intersex (LGBTI) people – will be impacted by these decisions. In the security sector, where LGBTI rights are often considered as a non-issue, personnel hope that the EU and its member states will finally lift taboos and work towards an inclusive security sector.

In many EU member states, LGBTI people continue to face discrimination, harassment and violence in the workplace. In the security sector, the root causes of this animosity can be found in the values, messages and stereotypes conveyed in the security forces where staff, and especially soldiers, are associated with masculinity and heterosexuality.

However, national legislation and effective non-discrimination, equality and inclusion policies are not always in place or well-implemented. Recruitment and retention of LGBTI personnel remains a major issue.

Although some states do not officially ban access to LGBTI people in the security forces, numerous potential recruits are considered as mentally ill or unfit for service and subsequently discharged from the security forces or put in reserve due to their sexual orientation or gender identity. This leads people to conceal who they are, which ultimately impairs their integration into their service branch, the morale of the troops, unit cohesion and overall operational effectiveness.

Confronted with these challenges, some countries recently started considering LGBTI inclusion as a strategic opportunity to increase operational effectiveness. They view diversity and inclusion as essential to their efforts to attract and retain a talented workforce. This is only possible by embracing and integrating all potential recruits with their various skills and competencies.

In the military, effective policies were adopted in Belgium, Denmark, Finland, Ireland, Malta, the Netherlands, Norway, Slovenia, Sweden, and in the United Kingdom. In these countries, where leadership is key, the armed forces took proactive measures to uphold LGBTI rights. In 2014, The Hague Centre for Strategic Studies created the LGBT Military Index, ranking countries by their inclusion of LGBTI personnel in the armed forces.

Best practices adopted by these countries can serve as a model for other European security forces. These policies include providing LGBTI rights education, training and awareness-raising activities inside and outside of the security forces; recognising partners and families; communicating about LGBTI champions and role models; creating Diversity and Inclusion Officer positions; implementing procedures and sanctions against discrimination and violence based on sexual orientation or gender identity; consulting and cooperating with trade unions, LGBTI representatives, equality bodies, Ombuds institutions and other LGBTI support groups; and measuring progress.

On the last three elements, a few remarks should be made. Firstly, almost no country collects data on discrimination, harassment and abuse against LGBTI security personnel or their satisfaction at work. This is unfortunate as data collection helps shape focused target measures and evaluate their completion.

Secondly, preventing discrimination and human rights abuses in, and from, the security forces implies that effective complaint mechanisms are in place and people informed about their existence. National Human Rights Institutions, equality bodies and particularly Ombuds institutions play an important role in addressing complaints and guaranteeing effective remedies. It is therefore important that they are established and competent for the security sector.

Thirdly, professional military and police associations, trade unions, LGBTI organisations and other support groups play an important role in protecting and promoting the rights of service personnel. Only a structured dialogue between decision-makers and security staff representatives allows for the formulation of policies which will benefit both individual service personnel and the security forces as a whole. It is crucial that personnel fully enjoy their right to freedom of assembly and association and that consultation mechanisms exist.

Finally, special attention should be given to transgender and intersex people, whose protection and needs are not sufficiently addressed. This particularly concerns treatment and related leave. The 2018 German armed forces guide on treatment of transsexual people in service and operations and the Swedish legislation protecting transgender and intersex people in the armed forces should serve as models for those that want to create a more robust security forces.

Although states bear responsibility for the protection and promotion of LGBTI rights, the EU has a role to play in achieving this end and harmonising national legislations, policies and practices. It is therefore high time to change mindsets and lift security sector taboos on LGBTI personnel. It is high time to integrate them, not only as a matter of human rights, justice and equality, but also as a matter of operational effectiveness. It is high time for EU member states to adopt the necessary legislation, policies and measures to finally protect and promote LGBTI rights and work towards inclusive security forces!