You are here:Home » Members news » When Men Come Together, Associativism Happens! 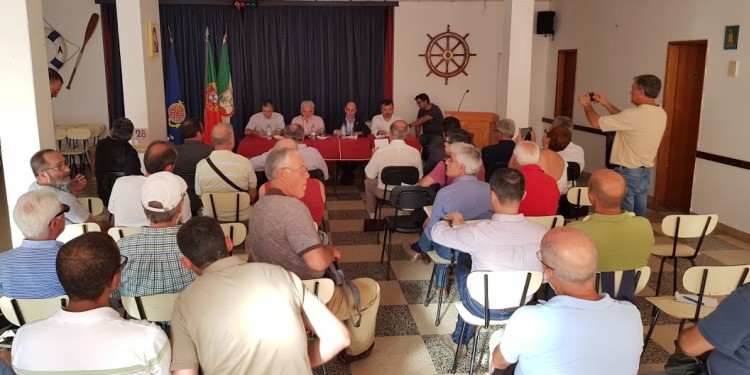 As part of the program of celebrations of its 28th anniversary, ANS promoted a debate on the importance of associations for the defence of citizenship rights.

On a warm afternoon, on 20 June, in a room where ANS members and leaders were present, along with representatives of the military associative movement, associations of security forces and civil society, Sergeants of the military chiefs’ offices and representatives of the democratic autarkic power, the debate on “The Importance of Associativism in the Defence of the Rights of Citizens!”, promoted by ANS, integrated in the commemorations of its 28th anniversary, held in the Delegation of the Navy’s Sergeant’s Club, in Feijó, was a demonstration of the statement made by the guest speaker that “Men, when they have common problems, and alone cannot solve them, they join forces and associativism happens!”

Augusto Flor, President of the Portuguese Confederation of Collectivities of Culture, Recreation and Sports, gave an excellent presentation on associativism – a true conference on associativism. A sharing of knowledge and experiences based on the experience of decades dedicated to his fellow.

He humbly began by saying that he did not bring anything new except perhaps the way he poses questions that are known to everyone, and he does not remember anything important that he did alone. He framed the fact that man has been associating for thousands of years, since his existence as such. He made the historical chronology of the Portuguese Constitutions in which the concept of the right to associativism was recognized, despite some more or less restrictive interpretations, according to the political or historical moment that was lived. So it was in 1822, in 1838, in 1933, but only in 1976, the current Constitution, affirmed the four fundamental pillars of freedom of thought, freedom of expression, freedom of assembly and freedom of demonstration!

Associativism is thus a form of middle level organization and social structure for the search for problem solving that the superstructure “state” cannot (or does not want) to solve. This concept reinforces the importance of associativism as a mechanism for participatory democracy, which leads the citizen to intervene, to vote, to finally make all the difference in the quality of democracy that we have or want to have. A concept that should make the associative leaders aware of their high mission of transmitting values, through their commitment to the common cause, in their role as agents of social transformation.

Augusto Flor also launched the alert and the observation that changes in working conditions, deregulation of working hours, low wages, precariousness, regardless of the sector in which they are applied, all profoundly and objectively affects and harms associativism.   From the exposition and the debate where we all get richer, a certainty remained: associativism has been a school of democracy, of life, of human dignity and, although we know that the times are different, that the conditions in which one lives and acts are others, what historical experience teaches is that throughout the ages, both the Sergeants and voluntary and benevolent associativists never had anyone to defend them but themselves and, that is why, they learned that rights are not offered to themselves or fall from the sky, they conquer themselves, fighting! And often fighting in unequal combat, but never giving up! Hence the importance of no longer waiting for others to do what it is up to them to do.