You are here:Home » Euromil News » Together For A Safer And Social Europe For All 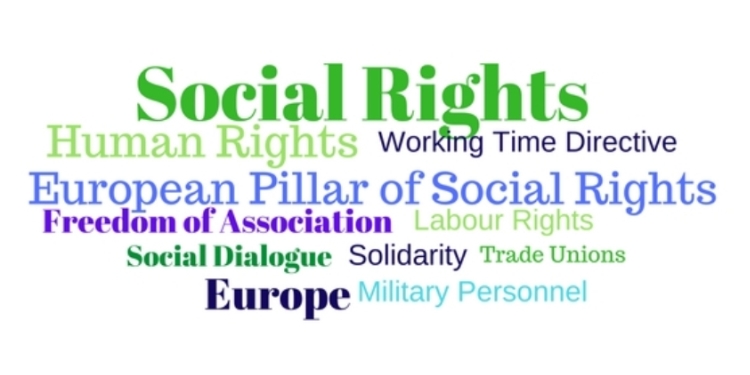 Our last editorials focused on the external and internal security challenges the European Union is facing, the new geostrategic landscape it finds itself in, and the attempts to use the momentum and create a more coordinated approach to European defence.

Security challenges are however not the only defiance Europe is facing. With national elections coming up in a number of European countries the rising influence of populist and euro-sceptic parties may not be underestimated.

At the 60th anniversary of the Treaty of Rome, the European Union thus finds itself confronted with an unpredictable global environment and growing internal tensions. The March for Europe in Rome will bring together citizens and pro-European organisations, demonstrating

“For a Europe of unity against divisions and new walls.

For a united Europe that delivers on its promises of peace, freedom, security and prosperity.

For a Europe of solidarity and shared responsibility.

For a Europe that protects European interests and values in the world.

For a Europe of democracy that empowers European citizens.

For a plan to relaunch and complete European political unity.”

A delegation of the EUROMIL Board and Presidium will join the March. As umbrella organisation of European military associations and trade unions, EUROMIL strongly believes that it is high time for Europe to focus on social affairs. In recent months, the European Commission worked on the European Pillar of Social Rights – to be presented in March – which is to be accompanied by an interpretative communication on the EU Working Time Directive. In the area of occupational safety and health, the better protection of workers from the risks related to exposure to carcinogens or mutagens at work is on the table.

EUROMIL was actively engaged in the discussion and published a position paper on the European Pillar of Social Rights which explains the organisations main concerns:

Furthermore, EUROMIL explained the need for a comprehensive implementation of the EU Working Time Directive in a letter to the EU Commissioner Marianne Thyssen, who is in charge of drafting the interpretative communication on the matter.

In the months to come, we expect from the EU to deliver clear and comprehensive and clear standards of social and labour rights in the European Union. National governments need to implement the regulations timely and effectively for all workers, including military personnel.

Ameliorating the working conditions in Europe might not be the only step needed to convince citizens of the importance of European unity, but it certainly is an important one.