You are here:Home » Members news » Better Pay for the Belgian Military 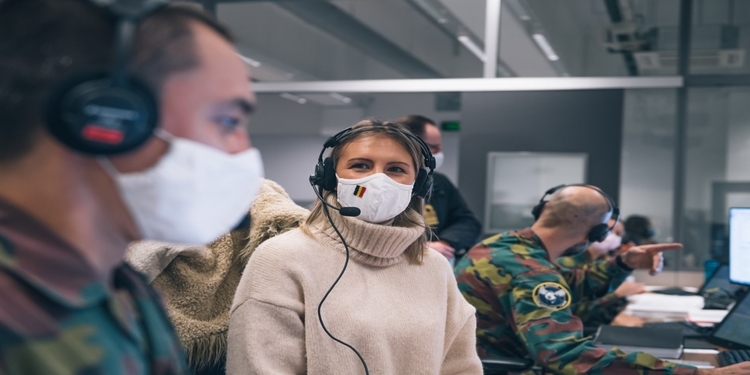 A substantial pay rise, meal vouchers, better payment for readiness activities and deployments, a bonus for instructors and a whole host of other measures to make the military profession attractive. But above all: finally enough euros and the political will to make it all possible. After more than 15 years of cuts, there is finally light at the end of the tunnel for the personnel of the Belgian armed forces. What is more, retired military personnel will also benefit.

On February 4th, the Belgian Minister of Defence Mrs. Ludivine Dedonder presented her “Global Plan for the Upgrading of Defence Personnel: People Our Priority (POP)” to the trade unions. This plan includes the following financial improvements:

The exact amounts and the exact time of the salary increases will be determined in the coming months by the staff and the trade unions.

The Minister of Defence reaffirmed on February 4th that the current pension scheme for military personnel will not be touched. This is an important element. The fears of service members that the salary increase would go hand in hand with raising the retirement age are unfounded.

As far as the introduction dates of the other financial measures are concerned, the target for meal vouchers is the second half of this year and the increase in remuneration for ‘service rendered’ (readiness activities and deployments) is also planned for 2021. The other wage increases mentioned above are planned for 2023.

In addition to the financial improvements, the Minister also foresees other initiatives to make the military profession more attractive. These include:

Personnel no longer the adjustment variable of the defence budget

Together with the other initiatives announced by the Minister in her Political Policy Statement in the areas of training, welfare, work-life balance, career management and infrastructure improvement, this ‘Global Plan for the Upgrading of Defence Personnel’ should finally make the military profession structurally more attractive and more competitive on the labour market.

Moreover, the minister has the firm intention, for the first time in decades, to no longer make personnel the adjustment variable of the defence budget.

If priority is effectively given to the funding of personnel expenses and the political commitment actually exists to spend extra euros for HR initiatives, then, for the first time in 15 years, the expression “people are our priority” would no longer be an empty slogan in the Belgian armed forces.