You are here:Home » Members news » Danish Unions fight for ‘The Danish model’ 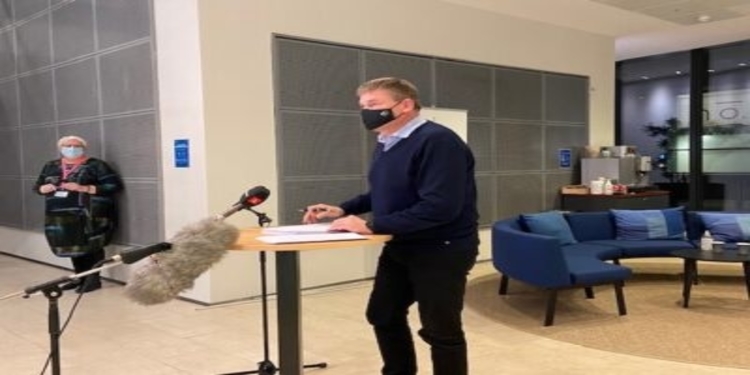 CS  together with other professional organizations have just made an agreement for employees in the Danish Defense, which is valid for the next three years

When government employees’ working conditions and wage limits are to be determined, this is done in Denmark through negotiations between the employees’ Unions and representatives from the government’s management. Including those or the Minister who has the overall responsibility for the area involved, e.g. the Minister of Taxation, who this year has led the negotiations on the part of the state.

The negotiations take place according to what we call the ‘Danish model’, and typically take place every three years, covering a corresponding three-year period.

We have just concluded these negotiations with a joint agreement covering the state department for the next three years. The Danish defense personnel belong to the state department and are therefore covered by this agreement. As chairman of the Danish Defends largest professional organization, CS (Central Association of Permanent Defence Personnel), Jesper K. Hansen has been deeply involved in the negotiations.

This year, negotiations have been challenged by the economic crisis that has come in the wake of the Corona pandemic. An economic crisis where no one yet knows the full extent.

“Although this year we did not negotiate for as long a period as has been the case in the past, it has been a difficult process. I do not want to praise the result in high tones, but we reached an agreement that is acceptable according to the circumstances. I am pleased with a result that shows the responsibility needed in this time. Moreover, it has meant a lot to me to ensure that no one goes down in salary, Jesper K. Hansen says.

In fact, the agreement ensures a very small wage increase for all government employees of 4.42 percent within the next three years.

The employment system in Denmark is built up around the so-called Danish flexicurity model which combines flexibility and security for the citizen.

The Danish employment system’s combination of flexibility and security is often described as a ‘golden triangle’. The Danish model, known as the “flexicurity model”, combines high mobility between jobs with a comprehensive income safety net for the unemployed and an active labour market policy.

Relatively low Employment Protection Legislation (EPL) allowing employers the flexibility to reconfigure the workforce to adapt to changing market conditions (although collective agreements and legal provisions are in place). A high level of external numerical flexibility, as attested to by high levels of job-to-job mobility and worker flows in and out of employment and unemployment.

The Danish model ensures a joint agreement that is negotiated directly between employees and employers. That is why this model is so important. The European Commission is currently working to ensure a statutory minimum wage for EU citizens. Although it may sound good that citizens are guaranteed a minimum wage, the Danish Unions warn against this proposal. The Unions are convinced that it will destroy the ‘Danish model’ and give politicians the opportunity to interfere in the agreements.

“It can ruin the negotiations we know today between employer and workers, and it will in no way benefit the lowest paid employees. On the contrary,” Jesper K. Hansen states.

He emphasizes that the negotiations ensure conditions and rights and a fair wage for even the weakest groups of workers.

“The negotiations provide an agreement that all parties can agree on and that is fair to all parties. It is a completely democratic process. A statutory minimum wage will destroy bargaining opportunities and be a serious threat to this democratic process. That is why we strongly dissociate ourselves from this proposal and fight for ‘the Danish model’,” Jesper K. Hansen concludes.