You are here:Home » Euromil News » Take Advantage of the Moment! 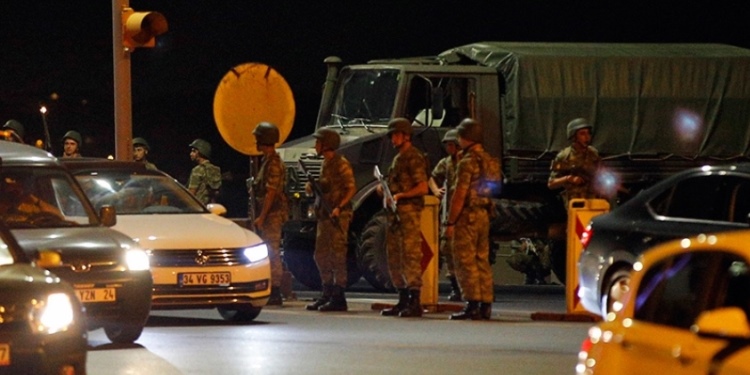 In the past week two shocking events dominated the news.

In Nice, in the South of France, more than eighty innocent people, amongst them several young children, were killed by a truck which unhesitatingly mowed everyone on the road. Naturally, a link was made with the recent terrorist attacks that have hit several European cities. However, although ISIL claimed responsibility for the attack, the situation remains unclear. The French Government reacted on what happened by calling  French citizens to take part in a 12.000 people strong operational reserve force to support the French gendarmerie and police. Such an exceptional decision demonstrates that after working for almost two years at a high threat level, the security forces are at the end of their possibilities. It was anyway remarkable to see that about two days later, the Promenade des Anglais in Nice, the place where dozens of people were killed or wounded, opened again for the public and tourists who installed themselves on the beach enjoying the sun.

While on most of the European television channels the attention was still going to the attack in Nice, an unexpected event took place on Friday evening in Turkey, taking the attention away from the South of France. In Ankara and Istanbul, the two main cities of Turkey, soldiers organised a military coup and tried to seize power. Several thousands of soldiers blocked strategic points, such as bridges and the airport, and planes and helicopters gave them air support. For several hours the country was in total chaos and it was unclear who was in charge and at what point the government was still in control. During the night the political leadership called on the Turkish people to react on this attempt to take over the country and go into the streets and squares to resist against the military coup plotters. Less than twelve hours later, the Prime Minister declared that the government had everything under control and that Turkey would strongly react on what happened.

While in France and the rest of Europe security forces remain vigilant and governments take measures to try to restore as soon as possible a normalised situation – if possible at least, what happened in Turkey will have consequences for the future of the Turkish people and the society as a whole. It is of course not up to us to criticise or make remarks on statements and possible upcoming (re)actions of the Turkish government. Nevertheless, some remarks should be made. Firstly, let us make clear that the military action of last week against a democratically elected political leadership is unacceptable. Secondly, looking at our field of interest, namely the military, we must underline that the working conditions and the lack of enjoyment of human rights of Turkish military personnel in their day-to-day work are far from acceptable. Without making this the essential and basic element of discontent on which the coup plotters decided to react, it makes the military an instrument that can be misused in times of general dissatisfaction.

That is why we believe that what happened can also become a momentum for Turkey. A useful momentum to reform the Turkish armed forces in democratic institutions that are no longer alienated from society. Armed forces in which high ranking officers no longer form a separate caste and where soldiers of all ranks feel themselves treated as human beings, as “Citizens in Uniform”, with military obligations but fully enjoying their human rights and fundamental freedoms. The fact that our colleagues who represent military personnel through non-recognised associations feared for their lives during the coup shows the way of working in Turkey. Being critical for both the government and military leaders, they are seen as the enemy by all sides.

Statements heard from political leaders and the President in particular that this is the moment “to clean the army” do not make our Turkish friends and us feel comfortable. It would not be acceptable to use this situation against military personnel and cut back more on their rights and separate them more from society. Those who are responsible for the coup have the right to a fair trial and those who were ordered to act and obeyed the given orders must be treated in an acceptable way.

We call on Turkey and its leaders to use this momentum “to clean the army” but to clean it with the aim to make the armed forces more democratic with respect for soldiers’ human rights and fundamental freedoms. It is our opinion and experience that those who are treated with respect and fully enjoy their human rights and fundamental freedoms in their day-to-day work, are in general the best defenders of these rights and freedoms!

“There can be no question of purges, the rule of law must operate” the French Minister of Foreign Affairs, Jean-Marc Ayrault, stated on Sunday, 17 July 2016 on France 3. Let’s hope that this will be the case all-over Turkey and for every Turkish citizen, finally also for those in uniform!