You are here:Home » Members news » Soldiers of Tomorrow 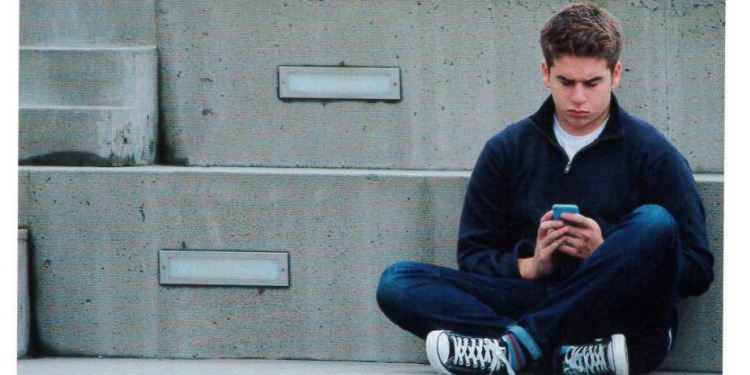 What is important for the young men and women we want to bring into the military today and tomorrow? And what counts for them so that they want to stay for a sufficiently long time? How should defence organizations respond to their expectations and aspirations?

The young men and women who recently joined the armed forces or who are coming into the military today all share two common characteristics: (1) they know that – with a few exceptions – they are going to be sent to a foreign conflict and (2) they are part of the so-called millennium generation, the boys and girls born between 1980 and 2000, also sometimes called ‘generation Y’.

Unlike their predecessors of the ‘generation X’, those born after 1960, the millennials have not consciously been confronted in their lives with the Cold War: a period of latent threat, but mainly a stable and predictable security situation. Uncertainty and volatility have since become the key words in the security field. Hence the quasi-certainty that almost every one of the youngest generation of soldiers will participate in foreign missions.

Generation Y and Z: other expectations and aspirations

Within this and ten years, approximately 75% of the Belgian army’s military personnel will be made up of millennials. The remaining 25% will consist of the tail of the ‘generation X’ – still mainly the older officers and non-commissioned officers – and of the head of the next generation, the ‘generation Z’, especially those who were born after 2000.

Civilian studies have found that each of the two groups, the millennials and the generation Z, share a number of characteristics. And although military members may reflect some very different attributes given that they are self-selected from less than 1 percent of society, they inevitably will have some traits in common with their civilian generational peers. Millennials value personal life and family above paychecks. They value diverse work experiences and the ability to change jobs often. They want a bigger say in their career paths and their future, and value higher education. They see themselves as likely to leave jobs, companies, and career fields at a much higher rate than their predecessors. They believe in merit-driven upward mobility and are convinced they should be able to compete for any job in their reach. They dislike hierarchy, bureaucracy, and inflexibility in the workplace and private life. But they are also far more interested in public service, in all its forms, than many generations that came before them.

The generation Z, the soldiers of tomorrow, seemingly differs from the millennials in a number of aspects. They are less focused: the generation Z lives in a world of continuous updates and processes information faster than previous generations. On the other hand, its scope for attention is narrower. The Z-ers are also better multi-taskers: at school they can draw up a document on a desktop, at the same time do research on their smartphone and take notes on a notepad, watching a show on TV a little later at home and at simultaneously face-timing a friend. Their examples are not the traditional media figures and sportspeople, but rather the ‘influencers’: popular people on social media, who earn a lot of money with themselves as a brand and have influence. As a result, image is important for the generation Z and the pressure to be good is very high.

The generation Z people love independence, being their own boss and want to stand on their own two feet as quickly as possible; also in the professional field. However, independence is also central with regard to knowledge acquisition; instead of following the traditional paths for obtaining a diploma, school is often completed online. They are, as it were, innate to entrepreneurship. They want to be as independent as possible from the capricious labour market. The generation Z also takes less risks than its millennial predecessors. In addition, they also have higher expectations than the generation X: they expect companies, organizations and brands to be loyal to them. And not the other way around. Their feelings of insecurity are also greater than those of previous generations.

While all of these are broad characterizations of an entire generation, they strongly suggest that much about today’s military personnel system in many of our countries may alienate the very segment of the population from which the military must draw upon to fill its ranks.

How to cope with these generational shifts?

It is important to know the typical characteristics of both the millennium and generation Z, but also to understand the differences between them. In order to cope with these expectations, aspirations and the pattern of values of the youngest generations, defence organizations must also transform themselves. The recruitment approach, career opportunities and people management, among other things, need to be adjusted. Here are some ideas:

No one expects our military to redesign itself for its millennials and generation Z—to become a camouflaged version of Google or Facebook or adopt a Silicon Valley start-up culture where for example staff officers ride scooters down the hallways clad in shorts and T-shirts. Our armed forces were and continue to stay instruments of conflict prevention in peacetime, and controlled violence in war. Their culture must reflect the unique demands these places on their members. Few businesses call on their employees to give up their lives if required to get the job done. Partly as a result, military service is often viewed as a calling, not simply as a job or even a career. Only a select few can be expected to answer that call for a career or a lifetime. But they need to be the right few. And we need to do everything to attract those people, to retain them and to provide them the right level of well-being.

The original version of this article written by R. Housen was published in the ACMP-CGPM magazine. For more information, please contact ACMP-CGPM.