You are here:Home » Euromil News » Security Needs a New Narrative 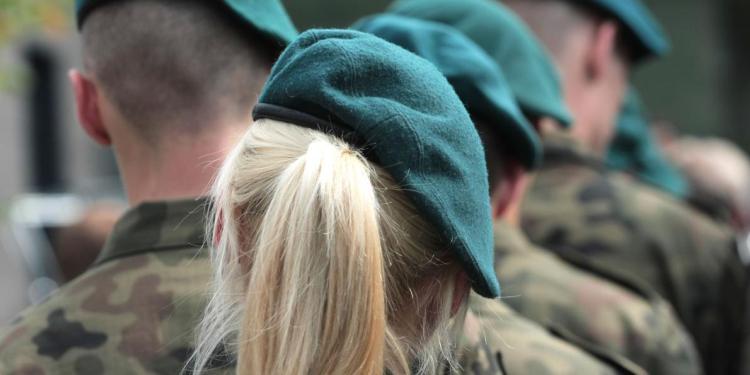 NATO is currently moving into its new, modern headquarters in Brussels. Allied chiefs of defense had their first inaugural meeting on May 16 in the new place to review key military deliverables ahead of the Defense Ministerial in June and the Summit in July. Discussions focused, among other things, on deterrence and modernization. But one form of modernizing is not yet given enough attention: inclusion.

More inclusive language and practices can help make the military and the defense sector a more effective security provider as well as attractive employer. Traditional images of security — lone soldiers in dusty places wielding state-of-the-art guns, Top Gun-style maverick pilots, or camouflaged police forces storming a city’s neighborhood — no longer fit. Power projections no longer assure more security, and may bring less. Instable, war-torn regions, refugees, and terrorism have led to a converging of foreign and domestic policies, and a broad majority of Western societies feel threatened at home.   We need to change the way we speak about security. Addressing diversity within the security sector in terms of increasing effectiveness would enable societies to tackle security more comprehensively as people bring different sets of competences, expertise, and background. Additionally, shifting the security and defense narrative away from white men would trigger better understanding and broader awareness in the population and open recruitment opportunities for a sector that is in desperate need of new faces.

Militaries of the United States, U.K., Norway, and Belgium have now set up female support teams within their special forces to be able to engage with a broader segment of communities in areas of conflict. Belgian Lieutenant General and Chair of the NATO Committee on Gender Perspectives, Katrien d’Hert, said at a recent seminar on diversity and security organized by GMF, EUROMIL, and Women in International Security (WIIS) Brussels, “Gender is not a women’s issue, it is a leadership issue. Only when women are included can the military be effective and efficient. Think from the end: what do you want to achieve? What do you need for this?”

Examples extend to other security actors. The Dutch Police, for example, is engaged in a number of initiatives that help them interact with local communities: Ethnically mixed police groups patrol diverse neighborhoods; they have youth councils where police officers engage with younger generations; language is adapted to put an emphasis on “a police for everyone.” Chevalier Cleaves, who also participated in the seminar, was the first diversity officer in the U.S. Air Force. He said, “We have to be prepared to speak to our larger realities. We’re trying to create the highest-performing teams …”

This awareness will also help recruitment. Demographic challenges require the security sector to adapt. A recent European Defense Agency report states that armed forces will have trouble recruiting unless they open up to a wider segment of the population, among them women and ethnic minorities. The French military, for example, introduced in 2006 a Muslim chaplaincy to recognize the diversity in its armed forces. It is an attractive employment option for ethnic minorities as it provides education and job stability, as mentioned by Elyamine Settoul, associate professor CNAM in Paris during the seminar. These demographic observations coincide with the complexity of today’s threats which also requires different skill sets — from technology expertise to cultural sensitivities.

This means, human resources in military institutions and the police forces must adapt their hiring and retention policies to ensure more diverse pool of candidates. In the private sector, Raytheon, which employed 27 percent women and 25 percent people of color in 2015, started a leadership driven “talent imperative plan,” to build a pipeline for entry-level positions by supporting education in science, technology, engineering, and math. The strategy also includes talent acquisition, professional development opportunities, training on unconscious bias and inclusive leadership, diversity-related annual goals and a different communication culture. In the military, the NATO Committee on Gender Perspectives not only verifies that gender in pre-deployment training is included but also ensures that NATO Allies have military positions open to women, and address the challenges of work life balance — not only when there are prolonged absences through deployment.

The security sector can no longer just focus on projecting power and removing threats. Focusing on a more holistic approach to security and considering wider talent pools and effectiveness will ultimately lead to more public trust. Changing the make-up of the security sector in the United States and Europe as well as broadening the discourse around security will in turn make related policies more pragmatic and more impactful.

This article has been written by Corinna Horst and Florian Christ and was first published as a GMF Transatlantic Take. The views expressed in GMF publications and commentary are the views of the author alone.