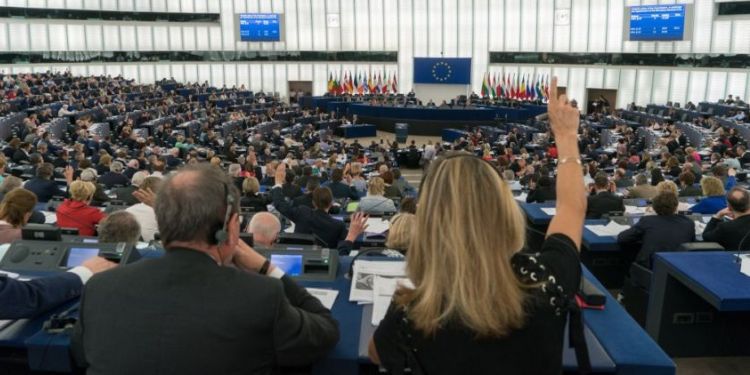 On 13 June 2018, the plenary of the European Parliament adopted a resolution on Cyber Defence.

The resolution elaborates on the issues related to the cybersecurity and actions that should be undertaken to prevent and combat cyber threats. Since cyber activities and attacks on critical infrastructure carried out by state and non-state actors become more and more frequent, it is crucial for the EU member states to work together closely on cyber defence. The current vulnerability can be only changed by the introduction of a consolidated, comprehensive strategy boosting the ability of European armed forces to work together and to strengthen cyber cooperation at European level, with NATO and other partners through situational awareness, cyber exercises, Military Erasmus and other joint training and exchange initiatives.

EUROMIL is extremely pleased that some of its suggestions for amendments were incorporated in the text, which now emphasizes the importance of adequate education and training of military personnel with a view on cyber defence tasks:

(23) Strongly supports the Military Erasmus Programme and other common training and exchange initiatives aimed at enhancing the interoperability of the armed forces of the Member States and the development of a common strategic culture through an increased exchange of young military personnel, bearing in mind that such interoperability is necessary among all Member States and NATO allies; believes, however, that exchanges for training and education in the field of cyber defence should go beyond this initiative and include military personnel of all ages and from all ranks as well as students from all academic centres of study on cyber security;

(24) Stresses that there is a need for more experts in the cyber defence domain; calls on the Member States to facilitate cooperation between civil academic institutions and military academies to bridge this gap with a view to creating more possibilities in the field of cyber defence education and training, and to devote more resources to specialised cyber operational training, including on artificial intelligence; calls on the military academies to integrate cyber defence education into their curricula, thereby helping to increase the cyber talent pool available for CSDP mission needs;

(26) Notes that, given the need for more specialised personnel, the focus of the Member States should not only be on recruitment of competent armed forces personnel, but also on the retention of needed specialists;

(28) Believes that such initiatives contribute to improving the quality of education in the cyber defence field at EU level, in particular through the creation of wide-ranging technical platforms and the establishment of a community of EU experts; believes that European armed forces can broaden their appeal by providing comprehensive cyber defence training to attract and retain cyber talent; stresses the need to identify weaknesses in the computer systems of both the Member States and the EU institutions; recognises that human error is one of the most frequently identified weaknesses in cyber security systems, and calls, therefore, for regular training of both military and civilian personnel working for EU institutions;”

Now that the European Parliament adopted the resolution, it will be up to the Member States to work with it. EUROMIL will monitor this process and not hesitate to remind the resolution if needed!

The full text of the report can be found here.