You are here:Home » Euromil News » Right to Freedom of Assocation for Italian Military Personnel discussed at CGIL 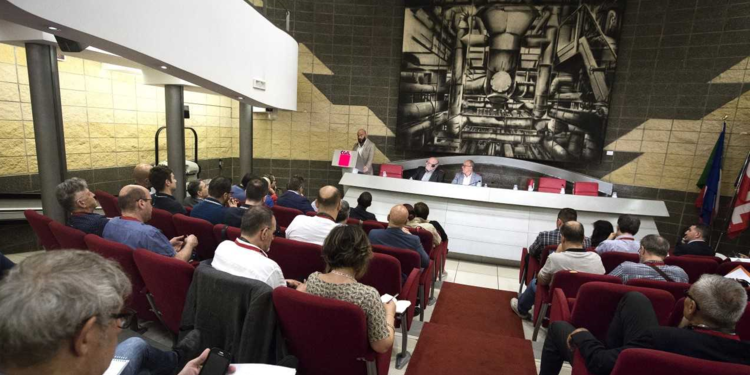 On 18 June 2019, the Italian General Confederation of Labour (CGIL), together with EUROMIL, organised an event on the right to freedom of association for military personnel in Rome. The event gathered representatives of the trade union world, representatives of military associations and trade unions from several European countries, EUROMIL, as well as members of the Italian Parliament.

While Italy is in the process of reforming its system of military representation and finally granting military personnel the right to freedom of association, the event aimed at sharing experience and best practices regarding military trade unionism and social dialogue in the armed forces, as well as discussing how Italy should go forward in creating the conditions for military personnel to fully enjoy their right to freedom of association, both in legislation and in practice.

The event was timely, as the Constitutional Court considered in April 2018 that military personnel can establish professional associations of a trade-union nature. Further to this judgment, the Minister of Defence drafted the new procedure regarding the establishment of military associations.

However, no legislation granting the right to freedom of association to military personnel has been adopted yet. Bills were introduced in the defence committee last summer but, after long discussions, the Chamber of Deputies decided, in plenary session in May 2019, to defer the approval of the compromised text and send it back to the defence committee for further debates.

In the meantime, a decision of the European Committee of Social Rights (ECSR) on the case CGIL v. Italy, recognizing again trade union rights for military personnel, was made public on 7 June 2019. The case dealt with the violation of the trade union rights of members of the financial guards, which has military status. The Committee found violations of the Social Charter as regards articles 5 (establish and join trade unions), 6§2 (negotiate collective agreements) and 6§4 (strike). Please contact EUROMIL for further information.

Although the bill in Parliament was not considered as satisfactory, policy-makers should pursue their work and be supported in translating the recent court decisions in proper legislation, finally creating the conditions for military personnel to exercise their right to establish and join professional military associations or trade unions, be involved in a well-regulated social dialogue and ensure the safeguard and promotion of the rights and interests of their fellow colleagues.

A few elements were highlighted by EUROMIL, such as the need to clearly stipulate what associations or trade unions can do – what are their competences, to establish social dialogue and collective bargaining – which should result in binding agreements made between two equal partners. As mentioned by the ECSR, associations or unions should be able to affiliate to other trade unions and national federations like the CGIL. Military leadership should not be afraid of loosing control over the armed forces as military associations or unions do not intend to interfere in operational matters. In parallel to the discussion on granting the right freedom of association to military personnel, work should also be undertaken to establish a national Ombuds Institution with competences over the armed forces. Military associations or unions should ultimately work hand-in-hand with ombuds institutions to ensure the good functioning of the armed forces. To conclude, military personnel are “Citizens in Uniform” and “Workers in Uniform” and there is no reason why trade unionism should not be implemented in Italy. It is thus time to act and support initiatives from the basis, from the barracks.

Should the Parliament fail to adopt a proper legislation, the CGIL proposed to present a legislation of popular initiative on the topic. It concluded by emphasizing the need for a social Europe, building common social and working conditions, and consequently establishing common rights. Calling for the right to organize does not only mean asking for the right to deal with working conditions, but more generally means being able to participate in society and strengthen democracy.