You are here:Home » Euromil News » Preparing for the next step! 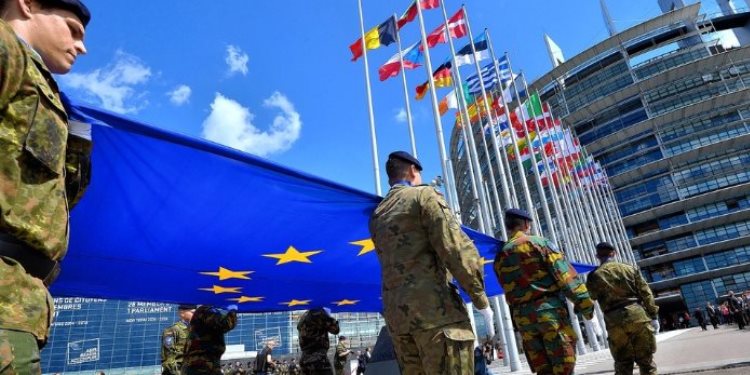 Those who thought that the summer 2016 would only be remembered for the beforehand much discussed Olympic Games in Rio lost their bet! Sport events were all-over the news during the past months: The European football championship in France, the Tour de France, the Olympics in Rio and several other mass events were prepared under the threat of a possible terrorist attack. However, two other incidents prevailed and got the attention of the whole world.

On 14 July 2016, more than eighty innocent people, amongst them several young children, were killed in Nice, in the South of France, by a truck which unhesitatingly mowed everyone on the road. Two days later ISIL claimed the attack and said that it was executed in response to ISIL’s calls for attacking citizens of nations fighting them. This was the third major Islamist terror attack since the beginning of 2015, following the January and November 2015 attacks in the Paris area.

Some 48 hours later, in the evening of 16 July 2016, Turkish soldiers organised a military coup in Ankara and Istanbul and tried to seize power by blocking and taking over strategic points. After several hours of total chaos, the government had everything back under control and the highest political leadership declared that Turkey would strongly react on what happened. The harsh actions against potential supporters of the coup plotters and declarations on the reintroduction of the death penalty in Turkey provoked mixed reactions from various nations and organisations. As this situation is different from a terrorist attack, it did not receive the necessary understanding on the international scene which is first of all dealing with the wish to finding a solution to end the terrorist threat that is paralysing the world since to long time now.

However, without saying that there is also a ‘good side’ of the permanent security threat we are living under, the understanding of the need to cooperate better together and invest more in a common security and defence is growing. Following the attacks of 22 March in Brussels, the Italian Prime Minister, Matteo Renzi, claimed: “Europe must go all the way this time. We must invest in a common security and defence structure”. On 10 August 2016, two members of the Italian Government, the Minister of Defence, Roberta Pinotti, and the Minister of Foreign Affairs, Paolo Gentiloni declared in Le Monde and La Repubblica on a common European defence: “Its revival will not only allow us to strengthen our operational capacity in areas of crisis, in the fight against terrorism and increase the efficiency of our resources, but also to achieve significant political impact, highlighting our commitment to concretely supporting the integration project.”

Recently, the Czech Prime Minister Bohuslav Sobotka joined the previous statements of the European Commission President, Jean-Claude Juncker, the High Representative of the EU for Foreign Affairs and Security Policy, Federica Mogherini and the members of the Italian Government on a common European defence. At a gathering of Czech diplomats on 22 August 2016 in Prague Prime Minister Sobotka explained that he is “convinced that we can’t do without a common European army in the long term”. A few days later he was joined by Hungary’s Prime Minister, Viktor Orban, who stated during a meeting with Czech, German, Polish and Slovak leaders: “we must prioritise security, and let’s start by building a common European army.” German Chancellor Angela Merkel is a major supporter of the idea of stronger security but urged caution on how plans were translated into acts: “Security is a fundamental issue… we can do more together in the areas of security and defence,” she said.

These statements make clear that more and more EU Member States are getting convinced that it is needed to take the next step: A step towards a more competitive and efficient defence and security sector, a step towards more European defence. It is no coincidence that the European Parliament will discuss a draft report on the European Defence Union in the weeks to come. It is, at this point, premature to go into the details of the draft report. During the political debates the advocates of cooperation and the supporters of national sovereignty will have to find a consensus to guarantee a secure European future.

However, EUROMIL strongly believes that the social dimension of such a European Defence Union should also be present in this draft report. Enjoyment of soldiers’ fundamental rights and freedoms, the right of military personnel to form and join professional associations and trade unions involving them in a social dialogue should be, among others, elements that in our view must be part of a process of harmonization and standardization of the European armed forces in order to facilitate their cooperation under a new European Defence Union.

We are preparing for the next step! Let’s wait and see who will be a real partner and supporter of the European armed forces, their personnel and families on this road!

21st Anniversary of the International Military Climbing to Kriváň (Slovakia)