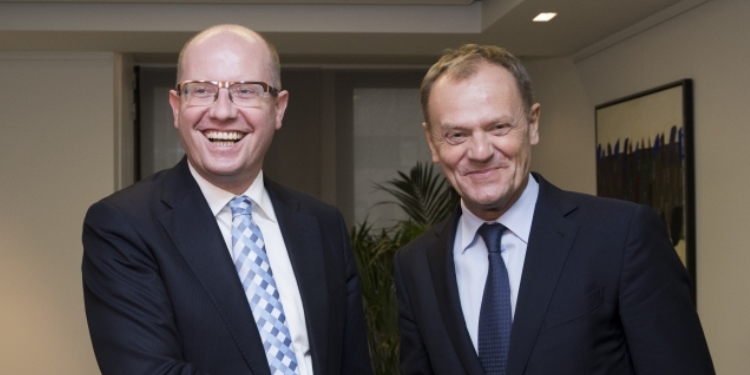 On Monday 22 August 2016, the Czech Prime Minister Bohuslav Sobotka spoke at a gathering of Czech diplomats in Prague where he explained that “the 28-nation trading pact will need to muster a joint military to face intensifying threats including terrorism, a newly aggressive Russia and the unprecedented influx of refugees from the Middle East and beyond”, the news agency Bloomberg writes. “I’m convinced that we can’t do without a common European army in the long term.” Prime Minister Sobotka said.

With this declaration, the Czech Prime Minister joined the statements of the European Commission President Jean-Claude Juncker, the High Representative of the EU for Foreign Affairs and Security Policy Federica Mogherini and recently the Italian Ministers of Defence and Foreign Affairs.

EUROMIL is of the opinion that a closer cooperation of European armed forces growing towards a European defence union and even a European army is the key for a true and powerful Common Security and Defence Policy. However, we strongly advocate the social dimension of the implementation of a European defence union and therefore asked the Czech Prime Minister to implement the right of association in the Czech armed forces through a well-organised social dialogue.

The article on Bloomberg can be found here. EUROMIL wrote a letter to the Prime Minister, which is available here.

Discussion On Working Time In Spain