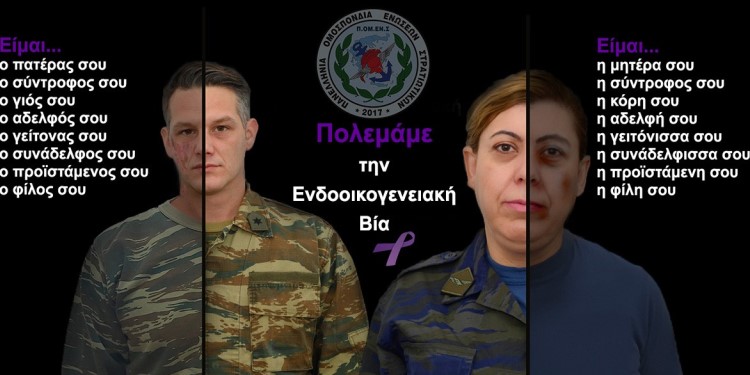 PFEARFU started a campaign against domestic violence for the military personnel.

Gender-based violence in all its forms, and especially domestic violence, is characterized by a high crime rate, as most forms of domestic violence take place in a context of privacy. At the same time, the culture of tolerance of gender-based violence affects the behaviour of women who suffer from it, as they face difficulties or are prevented from reporting such incidents. As a result, the victim often feels isolated, ashamed and finds it impossible to break the cycle of violence and report the incident to the police.

Through the Campaign PFEARFU aims at raising awareness on the issue and provides useful information on how the victims of domestic violence can react, report and seek help.