You are here:Home » Euromil News » NSC: 55 Suicides, 55 People have Decided to Stop Fighting 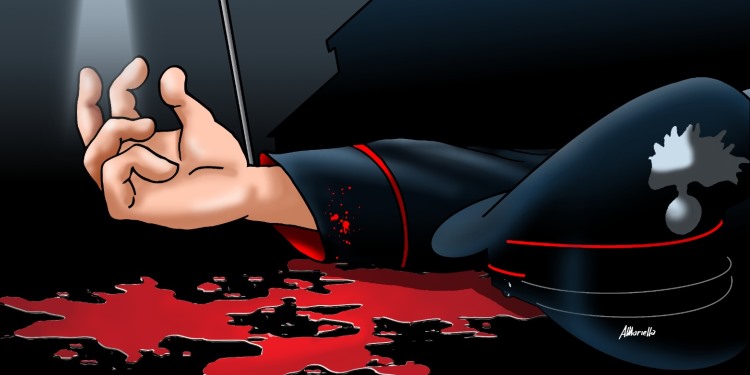 Nuovo Sindacato Carabinieri (NSC, a Carabinieri Union) organised a meeting wanting to break the silence on the issue of suicide in the Armed and Police Forces. The Conference took place on November 27th in Viareggio at the Hotel Palace and, again, strongly supported by NSC, was moderated by Sara Lucaroni, author of “The Darkness Under the Uniform” a book reporting on suicides among the police forces alongside interviews with the widows, siblings, and children of the deceased. Since January 1st until today, 54 colleagues have committed suicide, including: 7 security guards, 6 prison officers, 6 belonging to the Municipality Police, 6 to the Polizia di Stato (Civilian Police), 4 to the Guardia di Finanza (Economic and Finance Police), 2 to the Navy, and 23 amongst the Carabinieri Corps (Police with military status).

The situation is not getting better, and action is needed. EUROMIL is also committed into tackling the issue of suicide in the Armed Forces; as EUROMIL’s President, Mr Emmanuel Jacob has stated “It is shocking to see these numbers and the silence of Italian and other authorities. It is really important to combine our efforts into raising awareness and preventing suicide in the Military and Police world; we would really like to thank the NSC for taking steps towards that direction. EUROMIL is also concerned about the high rates of suicide in the Armed Force across Europe and is working towards the issue. As already said, we did a short survey among our members. Of course, this is not enough to really study the issue, but we will look at a way to bring it to the European Commission and ask them for a European approach. From there we will see what other initiatives can be taken.”

Concerning the NSC initiative, it aims at raising awareness as these number are already well beyond what is humanly tolerable. If someone has yet to notice, colleagues keep dying! After a long period dedicated to listening to our colleagues and observing work dynamics, NSC has called for the support of those professionals and associations that can help us in this difficult and painful, but very important, fight.

At the Conference, the discussion focused on experience sharing, the trade union rights in the military world, and against stigmatisation that prevents people from asking for help.

More precisely, Alba Giovannetti, mother of Daniele, a local police officer who committed suicide with his service pistol, led the way for the speakers, permeating the conference room with the tangible pain that those who survive their loved ones live with every day. Alba emphasized how this pain concerns everyone, especially those who consider themselves actively involved in trying to reduce the stress and anxiety that these people face daily. Alba also founded “Gli Amici di Daniele”, an association to help those who are suffering, in honor of his late son. Dr. Graziano Lori, from CERCHIO BLU Association, explained to those present how to approach the study of this phenomenon, sharing his experience.

Giuseppe Pesciaioli, from Assodipro Nazionale—an association dedicated to the protection of the rights of those in the military for over thirty years and that started the legal action that eventually led the Italian Constitutional Court in dropping the ban on creating trade unions for the military—explained how military structures are poorly equipped to deal with these situations and demonstrating empathy for those in service that need it the most, having no understanding of the need of active participation as well as the importance of building trust and credibility.

Dr. Alessandra D’Alessio (in charge NSC’s psychology department), Prof. Davide Sisto (philosopher and thanatologist), and Prof. Fabrizio Battistelli (former author of the Manual of Military Sociology), were all able to provide different perspectives on the matter, sharing their unique experience with different aspects of this issue.

The event was also attended by Sergio De Caprio—better known as Capitano Ultimo, a Carabinieri Officer who led important investigations regarding organized crime and who is currently in charge of the Rights and Legality NSC Dept.—who highlighted the importance of involving all the social parties to build and nurture the Active Citizenship concept. MPs Angela Bruna Piarulli, Riccardo Zucconi, Roberto Novelli, and Matteo Perego, all belonging to different political parties, also intervened and offered their help in keeping up the momentum to get the issue noticed and dealt with by the Parliament.

This event is only the first of a series. NSC truly believes in the necessity of studying and investigating this phenomenon, and above all wants to send a clear message: that suffering, anxiety, and depression are not signs of weakness or defeat, but of struggle. Each of us may find ourselves experiencing periods of great pain and even insurmountable anguish. A person who suffers isn’t of fragile character.

The stigma against asking for help has to be destroyed, because it is not a sign of weakness! Enough with this outdated and harmful interpretation. Enough with this toxic, trivializing, and disrespectful look on people’s pain. The pain of Our Collegues.