You are here:Home » Euromil News » PESCO? Soon a Reality? 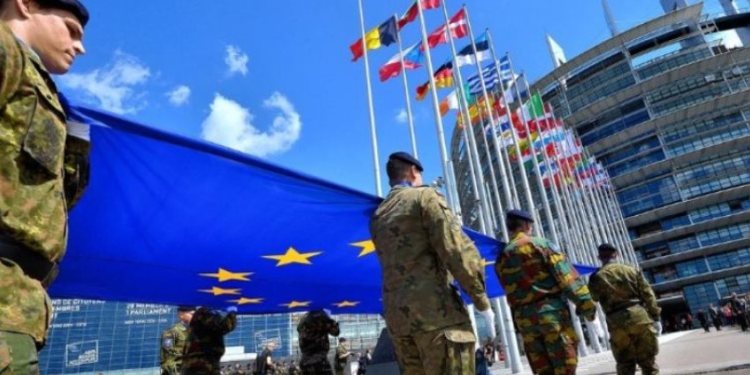 Permanent Structured Cooperation, better known under its acronym PESCO, is almost something as EUROMILLIONS winners: everybody knows that they exist, but nobody knows where and who they are!

PESCO is a tool provided by the Lisbon Treaty to change the current patchwork of bilateral and multilateral military cooperation in Europe to more efficient forms of defence integration. Once activated, PESCO could be an essential element in the development of a common European defence and will strengthen the European pillar within NATO.  At the European Council on 22 June 2017, European leaders finally agreed to launch PESCO and agreed on a timeframe for implementation within the next three months.

In early July, France and Germany informally proposed “binding commitments” for an inclusive and ambitious PESCO as a follow-up of the June Council. On 21 July 2017 France and Germany, now joined by Italy and Spain formally informed the European Defence Ministers and the High Representative, Federica Mogherini, on their proposals. Meanwhile the proposals also got support from Belgium, the Czech Republic, Finland and the Netherlands.

The text of the proposals made it clear that “enhanced defence capabilities of EU Member States will also benefit NATO and strengthen the European pillar within the Alliance and respond to repeated demands for stronger transatlantic burden sharing”. Furthermore, the proposals emphasize that PESCO should be complementary to NATO, which will continue to be the cornerstone of collective defence for its members.

The 19 concrete proposals build on the five guidelines laid down in Art. 2 of the Protocol N° 10 on Permanent Structured Cooperation established by Article 42 of the Treaty on European Union. Member States participating in PESCO should:

“(a) cooperate, as from the entry into force of the Treaty of Lisbon, with a view to achieving approved objectives concerning the level of investment expenditure on defence equipment, and regularly review these objectives, in the light of the security environment and of the Union’s international responsibilities;

(b) bring their defence apparatus into line with each other as far as possible, particularly by harmonising the identification of their military needs, by pooling and, where appropriate, specialising their defence means and capabilities, and by encouraging cooperation in the fields of training and logistics;

(c) take concrete measures to enhance the availability, interoperability, flexibility and deployability of their forces, in particular by identifying common objectives regarding the commitment of forces, including possibly reviewing their national decision-making procedures;

(d) work together to ensure that they take the necessary measures to make good, including through multinational approaches, and without prejudice to undertakings in this regard within the North Atlantic Treaty Organisation, the shortfalls perceived in the framework of the “Capability Development Mechanism”;

(e) take part, where appropriate, in the development of major joint or European equipment programmes in the framework of the European Defence Agency.”

In concrete terms, the proposals suggest that PESCO Member States are further developing the interoperability of their forces. It is proposed that they agree on common evaluation and validation criteria for the EU Battlegroups (EU BG) and on common technical and operational standards. At this point, EUROMIL believes that the social and human factors of common defence should have been included as a binding commitment as well. A Permanent Structured Cooperation cannot only be based on political agreements, numbers and structures. Once decisions have been taken, the key factor for success are the men and women in uniform that are needed to execute them. Not including the human factor, linked to the social factor, is a lost opportunity!

Would the launch of PESCO not be the ideal moment to revive the “Synchronised Armed Forces Europe (SAFE)” project? Already in 2008, the President of the European Parliament Dr. Hans-Gert Pöttering, said at the 3rd EUROMIL Congress: “I take the view that the ‘Synchronised Armed Forces Europe’ should be build up step by step, in accordance with the principle of European burden-sharing.” More than ever, now is the time to link the principles of the SAFE project to the introduction of a PESCO. An additional common binding commitment including the SAFE principles (training standards, issues related to rights and duties, equipment quality, medical care and social security arrangements) into the PESCO framework would complete a real inclusive framework and enhance PESCO’s chances of success!