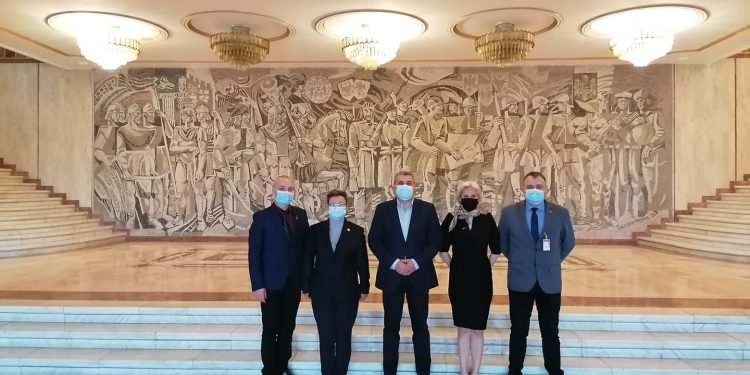 On 4th of March 2021, at the headquarters of the Ministry of National Defense, in a framework open to dialogue, the delegation of the LMP, composed of Dănuț Albu – President, Oana Nuță – Director of Communication, Otilia Sava – Honorary Member and Doru Păcurar – member of the Board of Directors, was received in audience by Mr. Marius Bălu – Secretary of State and Head of the Department for Relations with Parliament and Quality of Life of Staff.

During the meeting, LMP, an associative structure actively concerned with improving the socio-professional conditions of the PSG (Professional Soldiers and Grads) Corps, presented to the decision makers within the Ministry of National Defense a set of 8-point proposals that directly address the following issues:

Regarding the proposals submitted by the Professional Military League, Mr. Marius Bălu – Secretary of State and Head of the Department for Relations with Parliament and Quality of Life of the staff appreciated that they are very solvable and that there is a permanent concern of decision makers for raising the quality of staff life and solving the socio-professional problems of the SGP Corps.

We are pleased to be dialogue partners of Ministry of National Defense, expressing our conviction that there is a great concern and a direct openness to finding solutions from the MoND leadership, which will be in the future, as it was till now, together with the military at the base of the hierarchy, part of the great family of the Romanian Army and pillar of resistance of the Romanian society.

We remain faithful to our belief that a sincere, constructive dialogue, based on mutual respect and human and professional appreciation, is the key to common success, for the benefit of the military structure as a whole.

Read the original article in Romanian.