You are here:Home » Members news » Newsletter from the Central Association of Permanent Defence Personnel (CS) 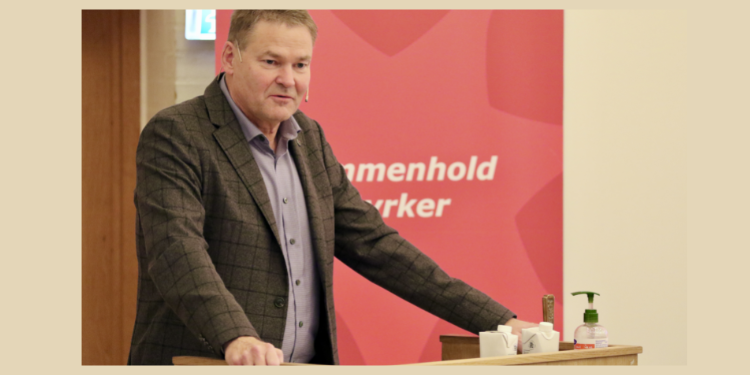 In November, CS held their ordinary congress, where this year both a Chairman and a Vice Chairman were to be elected.

After a few years with vice-chairmen elected in the respective defence groups within their units, it was decided at an extraordinary congress this Spring to have a permanently employed Vice-Chairman, who will support and supplement the Chairman in the political management of CS.

The current world situation with war in Eastern Europe left its natural mark on the congress. Many delegates had to cancel – or send an alternate because they could not be present themselves due to international service, primarily in the Baltics. Also, guests who were invited to the congress by virtue of their military or civilian affiliation had to cancel due to the current situation. Usually, some members of the Danish Parliament’s parties are present as special invited guests, but this year the congress fell shortly after the elections to the Danish Parliament, so most of the politicians had to cancel their participation.

However, there were some chiefs from the military and representatives from the other professional organizations present, as well as i.a. Johan Öhlen, Swedish member of Euromil. Chairman Jesper Korsgaard Hansen, who has been CS Chairman since 2008, was re-elected with great applause. Ronni Pedersen made himself available as Vice Chairman candidate, and he too was elected with applause.

In his report, chairman Jesper Korsgaard Hansen placed great emphasis on the many challenges that the Danish defense and not least the employees of the defense are facing right now and in the coming years.

He did not hide the fact that he is concerned about the increasing group of employees who choose to leave the defense in these years. The Chairman pointed out in his report that massive changes are needed if the armed forces are to attract young people in the future.

“It is difficult to get the full benefit of an exercise if only a third of the unit are having the opportunity to participate. We simply do not have enough soldiers and employees in the defence to solve all the many tasks. We must secure the foundation on which our entire welfare society is built. But our own fragile foundation is crumbling heavily. The armed forces must ensure that the individual employee’s working life is well organized. Some career plans must be made that make sense and that motivate the individual to a greater degree than today. But we must not talk about retention and recruitment without also talking about salary and more benefits”, the Chairman said.

The Chairman concluded his report by emphasizing:

“We don’t just stand up with outstretched hands and ask for more pay. Nor do we just stand with our arms crossed being negative. We take responsibility and find solutions, because it is in our DNA as soldiers and employees in the Armed Forces”.

And directly addressed to the military commanders and delegates present, he concluded:

“And now it’s your turn. You have been given a huge task in rebuilding a defense that has been underprioritized, underfunded and taken for granted in every way for several decades. That reconstruction must start with taking care of the employees, because we simply do not have a defense without them.

The congress also offered elections for the CS main board, the board that helps to shape and communicate CS policy, and here there was a farewell to ‘old’ members who left the board, and a welcome to the new ones who were elected instead. CS’s main board consists of 16 members in addition to the Chairman and Vice Chairman. The Army, the Air Force and the Navy each have four representatives on the main board, while the civilian group in the defense and the National Emergency Management Agency each have two representatives. A program was also organized with speeches from several of the invited guests. Therefore, i.e., the chief of staff and deputy commander in the senior leadership of the Armed Forces, Lieutenant General Kenneth Pedersen entered the podium and talked about the current situation from the management’s point of view, while Johan Öhlen from Euromil gave a presentation with international impressions and not least experiences from the Swedish defense and the Swedish ‘Officers Förbundet’.

The CS congress lasted two days, during which it was also very important that the many delegates got the opportunity networking and meet across functions in a more social setting. It provided the opportunity for several good debates and exchanges of opinion, and at the same time provided a good foundation for CS work internally and externally in the coming years. The new main board already met at a meeting at the beginning of December, where the management’s various tasks were also presented, and the various internal committees got new members. 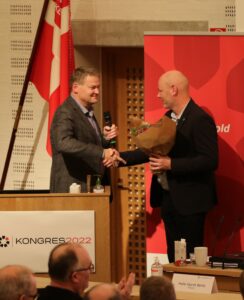