You are here:Home » Members news » New Minister of Defence Meets With Military Associations 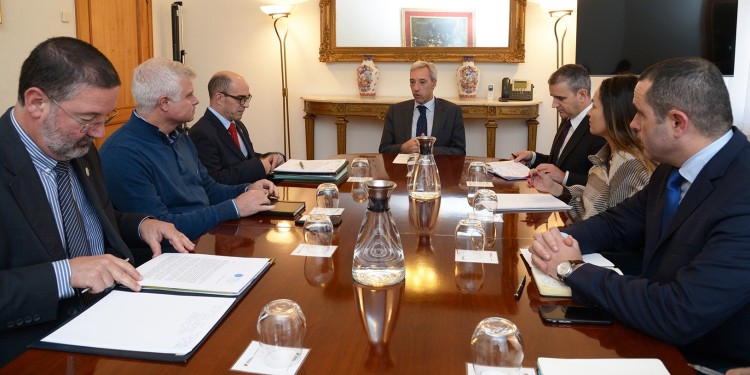 The new Portuguese National Defence Minister (MoD), João Gomes Cravinho, who took office since mid-October, responding to a request previously made, met last 27 November 2018 with the National Association of Sergeants. The Chairman, Mário Ramos, the Vice-President, Norberto Mateus and the Director of the newspaper “O Sargento” and Board member of EUROMIL, Antonio Lima Coelho, joined the ANS delegation to this meeting. A few days earlier, the Association of the Officers of the Armed Forces (AOFA) also met with the new MoD.

Career milestones, complementary health and social care services were the focus of the meeting that lasted for about two hours.

During the meeting, the MoD assured that the valorization of the human factor is one of his priorities and, as he has said, he is attentive to the specificity of the military condition.

The Minister expressed his intention to maintain the dialogue, including the contribution they can make to the decision-making process. He underscored the importance of the role of the Professional Military Associations, well known and attentive to the problems and legitimate expectations of the military.

For the Minister, the associations also have a role in publicizing the relevance of the Armed Forces and in creating a culture of National Defence in society.

Before the end of the meeting, Antonio Lima Coelho presented the Minister of Defence with a letter from the President of EUROMIL, Emmanuel Jacob, on the proposal of the European Commission for a Directive of the European Parliament and of the Council on transparent and predictable working conditions in the European Union.

For more information, please contact ANS. To read the article about AOFA‘s meeting with the MoD, please follow this link.