You are here:Home » Members news » Major Changes for Danish Defense 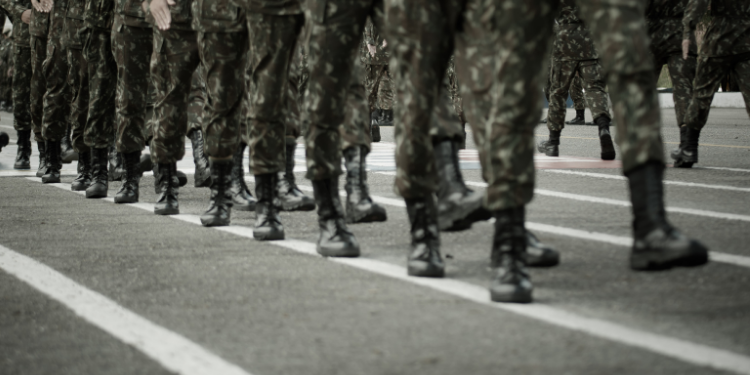 Some of the latest updates from the Central Association of Permanent Defence Personnel (CS).

The events in Ukraine, which began with the Russian invasion at the end of February, have also left a marked imprint on Danish defense and defense policy.

For several years, Danish politicians have cut defense spending, and in this connection cut back on both the number of soldiers and the purchase of equipment. Denmark has also not complied with NATO’s requirement for a minimum contingent of 2 % of GDP.

But with the Russian invasion of Ukraine, a big change has taken place. The politicians, led by the Danish government, have changed their minds with immediate effect. Not only has the parliament decided to provide the Armed Forces with more funds within a ten-year period, but they have also decided to comply with NATO’s request for a contribution of at least 2 % of GDP, as well as to provide the Armed Forces with an immediate financial grant of more than 3 billion in Danish kroner a year for the next two years.

“These are completely new tones from the politicians. We have been used to the fact that when the Defense economy has been discussed in the Parliament, it has been due to new savings. But finally, the politicians have recognized that to ensure peace, freedom, and stability in the world, it is necessary to have an effective and well-equipped Defense that can counteract threats from outside”, says Jesper Korsgaard Hansen, Chairman of Central Association of Permanent Defence Personnel (CS)

“For us, NATO is the guarantor of securing help and support if necessary, and therefore, of course, we must also pay our share of membership. Not only in cold cash, but also by being able to contribute with well-trained soldiers and the right equipment. That kind of thing has its price, and our politicians have realized that now. Better late than never”, he adds.

Denmark has immediately decided to support Ukraine with different types of weapons, as well as sending medical equipment, and a complete field hospital. In addition, Denmark is now participating in several of the NATO initiatives that have been implemented. Among other things, the state has sent ships for surveillance and control in the Baltic Sea, just as they are ready to send a battalion of soldiers to Latvia. Denmark has already deployed soldiers in Estonia.

For CS, it is important to ensure that the Danish soldiers who are sent to international service have the right equipment and the best working conditions to solve their tasks. Now where the politicians have decided to put more focus on the Defense in general and give significantly more money to the Defense in the years to come, it is also important for CS to help point out where they think it is important to spend some of the money. To strengthen their defenses.

“We do not interfere in what the defense wants of new equipment. But we want to make our opinion known when it comes to the employees, their working conditions, and opportunities. We would like conscription to be changed. It may be of longer duration than today, but first and foremost we must look at the content of conscription. What the young people must learn and be trained for in connection with conscription. We also look with concern at the development that shows that many leave the defense after short service or because they can no longer see themselves in a career path in the defense. Therefore, the focus must now be on opportunities for a career path in the defense. But we must also ensure that soldiers who have served in the armed forces for a certain number of years can move on to a civilian life with an education and experience that they can also use in the civilian world. Here we are also currently looking at what other countries have from experience,” says Jesper Korsgaard Hansen.