You are here:Home » Members news » LMP stands for Unitary Statute 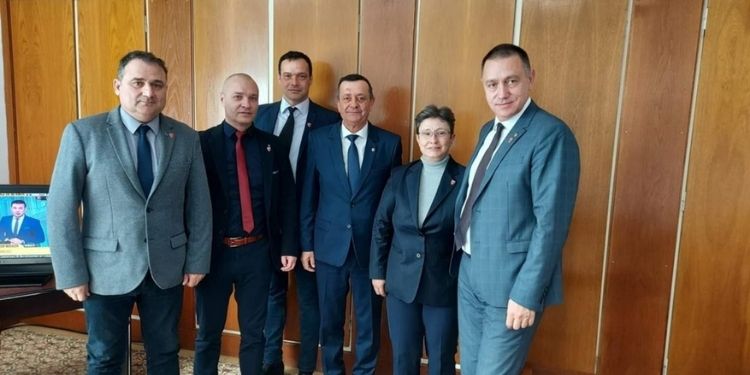 On 22nd of March 2022, at the Romanian Parliament, the first working meeting took place between the vice-president of the Commission of Defense, Public Order and National Security, deputy Mihai Fifor, together with the secretary of the same commission, deputy Viorel Sălan and the delegation of LMP of the following participants: chap. (r) Dănuț Albu – LMP President, Oana Nuță – LMP Communications Director, chap. (r) Doru Păcurar – member of CD LMP Brașov and chap. Florin Lar-representative of LMP Mangalia.

The common concern for raising the professional and living standard of the professional military in Romania has resulted in the advancement of the common working methodology, in order to improve the legislative projects brought into question. In the context of the suspension of L 153/2017, the price increases for commodities, fuel and energy have led to a dramatic drop in the living standards of the military personnel.

The need to change the amount of the daily allowance of the military personnel of the Naval Forces, for crews participating in exercises outside the national territory, in missions not under the auspices of NATO, as well as granting the night shifts bonus in the amount of 25%, not only to the combat service (security and communications), but also to permanent service on the unit. In the same context, it is necessary to amend Law 223/2015, so that the military personnel, who left the military system by resignation, can open the right to pension by reducing the working groups.

We consider that it is necessary to amend art. 1 of GD 1867/2005, the modification of the amount and the conditions for granting the rent compensation, the LMP proposal, being the granting of a lump sum, depending on each garrison separately.

Beyond the specific issues discussed, a priority for the military system is the achievement of a Unitary Statute, for all categories of military, because just as we have one Country and one Constitution, so we have one Army, from Soldier to General!

Honor and Homeland!
The LMP Board of Directors

The Swedish Armed Forces budget increase to 2% of GDP