You are here:Home » Euromil News » Leaving No One Behind! 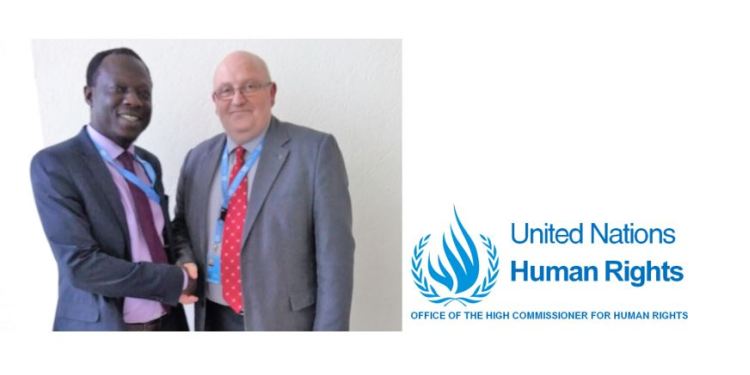 On 25 June 2018 the President of EUROMIL, Emmanuel Jacob, met in Geneva with Mr. Clément Voule, Special Rapporteur on the rights to freedom of peaceful assembly and of association.

This was the second meeting EUROMIL had with the Special Rapporteur after an exchange of views with Ms. Annalisa Ciampi on 25 September 2017, a few months before she resigned from her position.

President Jacob gave an overview of the situation in the European armed forces and focussed on the most recent developments in particular in southern Europe.

Earlier this month, Clément Voule, presented his report to the 38th Human Rights Council in Geneva. In this report he identified eight global trends with regard to the exercise of the rights to freedom of peaceful assembly and of association. Even if it was the first time that the Mr. Voule was informed on the specific situation of military personnel, EUROMIL recognized several of these eight global trends in the situation that some of its member associations are facing. The use of legislation to suppress the legitimate exercise of freedom of peaceful assembly and association, repression of social movements and restrictions targeting particular groups are just a few of them.

“How can we ask soldiers to defend human rights if they do not enjoy them themselves in their daily work?” Emmanuel Jacob emphasised.

Let’s see how we can fit the situation of military personnel in the SDGs!