You are here:Home » Euromil News » Advocating the right of association for military personnel 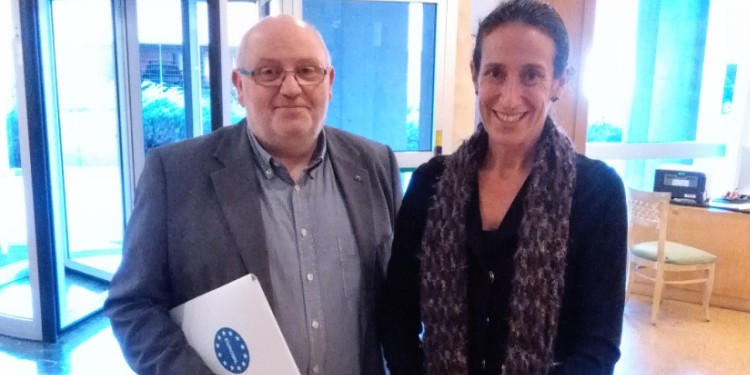 On 25 September 2017, the President of EUROMIL, Emmanuel Jacob, met with Annalisa Ciampi, the UN Special Rapporteur on the rights to freedom of peaceful assembly and of association in Florence, Italy.

EUROMIL wanted to draw the attention of the Special Rapporteur to the fact that in many European countries, armed forces personnel are still prohibited from exercising their right to set up and join trade unions and professional associations. And even when soldiers are allowed to organise themselves, they often face threats, harassment or sanctions.

EUROMIL’s President gave an overview of the situation in the different European armed forces and discussed with Ms. Ciampi the recent developments and some projects that are on the table in European countries. Mr. Jacob and Ms. Ciampi also discussed recent court cases such as

It has been agreed that EUROMIL will keep the Special Rapporteur informed on the particular situation of military personnel and involve – when possible – Ms. Ciampi in the procedures.