You are here:Home » Euromil News » EU Strives for Enhancing Its Capacity to Act as a Security Provider 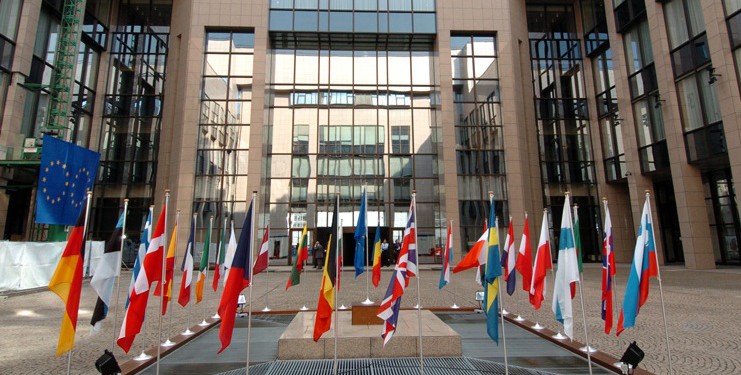 On 25 June 2018 delegations of foreign affairs ministers and defence ministers participating in the EU Council meeting discussed the implementation of the EU Global Strategy in the area of security and defence. The conclusions highlighting the substantial progress in strengthening cooperation and provide and providing further guidance were adopted by the Council afterwards. It confirms that in a more challenging global environment, the EU aims at cementing its role as a global actor and enhancing its ability to prevent conflicts, build peace and strengthen international security.

The Council adopted a common set of governance rules for the projects undertaken within PESCO framework. It is expected that Council Recommendation defining the sequencing of the fulfilment of the more binding commitments will be adopted in July 2018. An update of PESCO projects list (including the second wave of projects which would address the EU’s operational needs and agreed capability development priorities) and contributing member states should be presented by November 2018 as well as the general conditions for third parties interested in participation.

The Council approved the Progress Catalogue 2018 (PC18), which provides a military assessment of the prioritised capability shortfalls and high impact capability goals. The EU Capability Development Priorities derived from the CDP review, as a key reference for Member States’ and EU’s capability development, will inform CARD, PESCO and the European Defence Fund and thus contribute to coherence among these three distinct but mutually reinforcing initiatives. CARD aims at addressing European capability shortfalls and identifying new collaborative opportunities, ensuring the most effective and coherent use of defence spending plans.

The Council welcomed the political agreement on the regulation on establishing the European Defence Industrial Development Programme (EDIDP) aimed at fostering the competitiveness, efficiency and innovation capacity of the defence industry throughout the Union which contributes to the EU’s strategic autonomy. The EDIDP should aim at incentivising collaborative development programmes in line with defence capability priorities commonly agreed by the Member States at EU level within the framework of the CFSP, particularly in the context of the Capability Development Plan. The Council highlighted the need for the implementation of the proposed European Defence Fund for the period 2021-2027 to strongly involve the Member States, make full use of the views and expertise of the European Defence Agency and associate the European External Action Service.

The High Representative for Foreign Affairs and Security Policy, supported by the Commission, proposed the creation of the European Peace Facility in the context of the future multiannual financial framework. The aim of the facility would be: improving the financing of actions under the CFSP, contributing to the financing of military peace support operations led by other international actors; and providing support to third states’ armed forces to prevent conflicts, build peace and strengthen international security.

It has been stressed that improving the mobility of military personnel, material and equipment for routine activities and during crisis and conflict, both within and beyond the EU, by all transport modes and in all strategic directions, is necessary to enable Member States to address enduring and rising threats, act faster and more effectively in the context of the CSDP as well as national and multinational activities. The improvement can be, nevertheless, achieved only with the full involvement and commitment of all Member States, in coherence with relevant initiatives at the EU level, including in the context of PESCO. The High Representative and the Commission presented a joint communication on improving military mobility in the EU on 10 November 2017 and an action plan on 28 March 2018. The Council welcomed this action plan and called for its swift implementation. As a first step towards the implementation, the Council approved the overarching high-level part of the military requirements for military mobility within and beyond the EU. The respect towards the sovereignty, national decision-making and constitutional requirements of each Member State has been emphasized as well as the need of developing the high-priority national plans for military mobility.

Besides these initiatives, the conclusions touch on other issues related to security and defence in the European context: the need of strengthening civilian CSDP and bolstering Member States capabilities to address hybrid threats, including cyber, strategic communication and counter-intelligence, and fostering the resilience of the EU and its Member States; the importance of enhancing cooperation with partners (both with third countries and other international organizations); reinforcement of the joint priorities for the EU-UN strategic partnership on peacekeeping and crisis management; and progress made in the implementation of the EU-NATO common set of proposals set out in the Joint Declaration signed in Warsaw in July 2016.

The full text of the conclusions can be read here.