You are here:Home » Euromil News » ICOAF14 meeting in Oslo 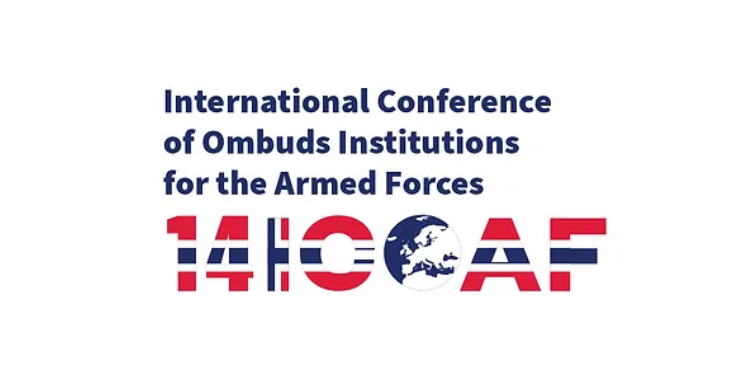 The 14th International Conference of Ombuds Institutions for the Armed Forces (14ICOAF) was held in Oslo (Norway) on 3-4 October 2022.  The meeting was co-hosted by the Geneva Centre for Security Sector Governance (DCAF) and the Parliamentary Ombud’s Committee for the Norwegian Armed Forces. 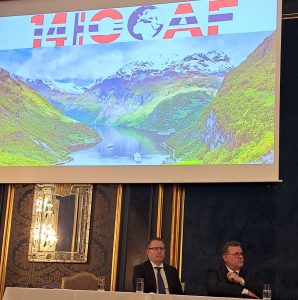 EUROMIL’s President Emmanuel Jacob stated that the use of military personnel for terrorism protection, COVID-19, flood, firefighting and other non-military duties are of course acceptable in times of crisis and for the support or the protection of society. However, this should be limited in time in order not to influence the functioning of the armed forces as such. Military personnel that are participating anyway at these kinds of tasks should receive the proper training and equipment and have the needed legal and social protection. Jacob also added that the engagement of the military in the framework of climate will without a doubt be part of our future tasks and that the armed forces should prepare themselves for this. Australia, for example, is planning to set up reserve forces to be trained and equipment to deal with this issue. The statement from EUROMIL was applauded by the 14ICOAF participants.

The third session of the first day touched upon gender in the armed forces. This session explored current roles, legal frameworks, and practices relating to women in the armed forces. It looked especially at what the role of ombuds institutions should be in protecting and promoting the human rights of women serving in the armed forces. It was concluded that several steps have been made in the past decades, however they are small, and it is high time to improve the number and situation, such as military careers, of armed forces women.

The second day has been kicked off with a special session on the war in Ukraine. Mr. Oleksandr Kononenko, representative of the Parliamentary Commissioner for Human Rights Ukraine gave an overview of the situation in his country. The list of violations of the Geneva Convention and other IHL by Russia is extensive. In this context, he made clear that the support from the international partners is crucial.

Session four touched upon the protection of the rights to health of armed forces personnel. Mr Jacob presented the EUROMIL survey on suicide in the armed forces and reported on the answer that has been given by the European Commission on this survey. Gregory Lick from the Canadian Armed Forces Ombudsman explained how his institute as independent partner is working in this field. This issue raised many questions and opened a long debate. Later in the meeting, it has been decided to note in the conference statement to call DCAF to follow up and coordinate the information. EUROMIL’s first survey was the start of a new project on this important issue.

Before going for a discussion on the Conference Statement, a session was dedicated on the role of ombuds institutions in relation to the 2030 Agenda for Sustainable Development, and more specifically the Sustainable Development Goal (SDG) 16 “peaceful, inclusive and just societies”. Among others, an aim of SDG 16 is “to develop effective, accountable and transparent institutions at all levels” and “ensure responsive, inclusive, participatory and representative decision-making”.

All participants agreed that 14ICOAF was a success. Not only because it was the first in-person meeting since the COVID-19 period, but mainly because of the perfect organisation and an agenda which was close to what ombuds institutes and organisations such as EUROMIL are there for. To use the words of the UK Service Complaints Ombudsman, Mariette Hughes: military personnel are people!

PFEARFU: Protest Rally at the 86th Thessaloniki International Fair; We continue our fight!