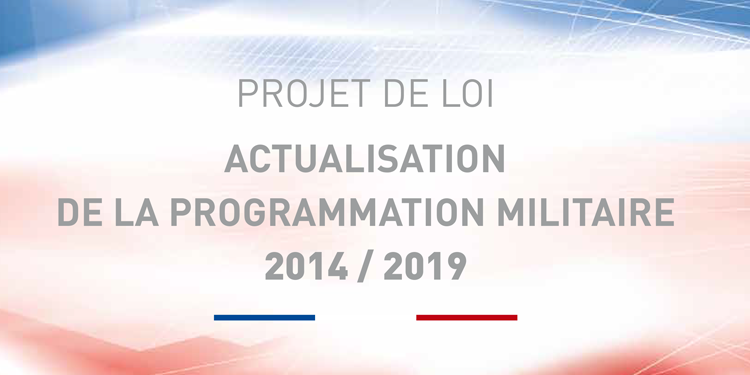 French bill on the military program 2014/2019
A chapter of the bill concerns the creation of professional military associations in France.

Explanatory part of the bill (page 23):
Further to the two judgments published on 2 October 2014 by the European Court of Human Rights (ECtHR), the bill includes the right for the French military personnel to freely establish and join “national military professional associations” (APNM).
The purpose of these APNM is to preserve and promote the interests of armed forces personnel, taking into consideration the military condition, in compliance with their statutory obligations. As the European Convention on Human Rights provides, the law includes, given the specificity of the tasks assigned to the armed forces, legitimate restrictions to their action. Without depriving military personnel of their general right of association and therefore their right to participate, these restrictions relate mainly to the rights to strike or demonstrate. Collective actions or individual initiatives with the aim of defending the professional interests of soldiers engaged in military operations, including foreign operations, are prohibited.
Thus, the law creates a new right balanced between trade union rights, which would be incompatible with the constitutional obligations of free disposal of the armed forces, and the general and absolute ban condemned by the ECtHR.
The APNM will be reserved exclusively to “active” soldiers (active military, operational reservists under contract, and officials seconded to a military body).
The bill allows the representative APNM to participate in the internal dialogue with a maximum of a third of the seats in the higher military service council (“Conseil supérieur de la fonction militaire” – CSFM).
Bringing in the APNM, the CSFM must professionalize, become more responsive and work more permanently. The bill thus lays the foundation for this renovation. It will remove the systematic study of the agenda of the CSFM by all CFM (the military service councils), which weighed down the procedure and abnormally stretched statutory deadlines – often at the expense of the interest of the military community and the early implementation of the statutory texts.
The competences of the CSFM will also be expanded: it will be systematically consulted on bills amending the general status of the military and will be implementing regulations with a statutory scope. This development will contribute to the renovation process of consultation within the military community.
Headlines of the bill (page 10/21 – 21/21 of the bill):
Art 6:
– Military professional groups with trade unions nature are prohibited. Military personnel may not join professional groups. This is against the military discipline.
– However, despite this first part, soldiers can freely establish a national military professional association in accordance with the rules stipulated by this law. They can also join this association and take responsibility in it.
– This APNM can be recognized as ‘representative’ and at that moment join the CSFM with a maximum of one third of the seats.

– Brings in a new chapter in the “general status of military” on “national military professional associations”.
– The goal of the APNM is to preserve and promote the interests of military personnel concerning the military condition.
– They are exclusively constituted by military personnel in active service, soldiers under contract, and reservists during their activities in the active reserve or officials seconded to a military body.
– They are meant to represent the military without distinction of rank and belonging to all armed forces or at least one of the forces (land, air, sea, gendarmerie and inter-forces) or an attached formation.
– They can go to court against regulations on the military condition or against decision harming the collective interests of the military profession.
– They cannot appeal against the organisation of the armed forces.
– No discrimination is admitted to the military because of their membership or non-membership to an APNM.
– The seat of the association must be in France.
– To get the legal capacity, the APNM must register its charter together with a list of administrators at the MoD.
– The charter or activities of the APNM may not go against a number of values and fundamental principles laid down in the “general status of military”.
– They must be independent from the commandment, political parties, confessional groups, trade unions, employers, companies and states.
– They can only form unions or federations among themselves.

– The APNM fulfilling the following conditions can become “representative”:
o Fulfill the conditions as stipulated in Section1
o Have transparent finances.
o Minimum one year since deposition of its charter at the MoD.
o Have significant influence assessed on the basis of its number of members, the membership fees, the diversity of members, etc.
– The list of representative APNM is fixed by the competent administrative authority and regularly updated.
– Once being qualified as representative they can participate in the dialogue at national level organized by the MOD and MoI on general issues related to the military condition.
– They are called every year to express themselves before the supreme committee of evaluation of the military condition. They can always ask to be heard by the committee.

– The application or execution of the present chapter will be fixed by decree on the state council and will cover the following issues:
o The terms on the financial transparency.
o The threshold at which APNM will be considered as “representative” (i.e. proportion between the number of military personnel and the number of members).
o The frequency of updating the list of representative associations.
o The material facilities that can be granted to the ANPM in order to facilitate its competences as foreseen in this law.

Art 8:
– Change of the general tax code in order to have a tax reduction for the paid membership fees to an ANPM.