You are here:Home » Euromil News » The pieces are there, Europe needs to bring them together! 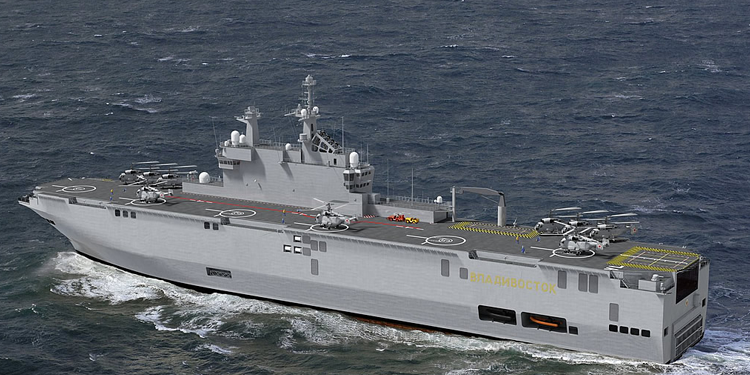 The not completed Mistral carriers contract …
However, there is a momentum that Europe should seize! In 2011 Russia ordered two Mistral assault helicopter carriers at the French ship construction company DCNS with a €1.12 billion contract. These Mistrals ships, the Vladivostok and the Sebastopol, should have been delivered in 2014 and 2015. Nevertheless, as a consequence of the Russian annexation of Crimea and the interference in Eastern Ukraine, Europe decided on a number of sanctions against Russia. Even if it took some time to convince France, the delivery of the first Mistral was postponed although several hundreds of Russian soldiers were already in training to take over the Vladivostok.
Recently the Russian press agency RIA Novosti published the following statement of Oleg Bochkarev, a deputy chairman of the Russian governmental Military-Industrial Commission: “Russia won’t be taking them [the Mistral vessels]. That’s a fact. There’s just a single discussion underway at the moment – on the amount of money that should be returned to Russia.” This means that at this point the ongoing discussion is only about the compensation France will have to pay to Russia, whereby it seems that the latter is looking for a compensation of almost €1.2 billion. Yet, the main question is what will happen with these two completed and ready to sail Mistral carriers?

… could create a momentum for Europe.
Looking at the agenda of the European Council of 25-26 June 2015, the heads of state or governments are facing the momentum to assemble several pieces together into a real European masterpiece. The European Union, the 28 member states, should purchase these two finished vessels and create their own EU civil-military task force around them. These ships could be used during rescue and humanitarian operations such as the current one in the Mediterranean, but also missions like Atalanta.
Of course, on the one hand the financing of such a project will be a significant hurdle to take. And surely there will be juridical and political elements used against the creation of such a European task force and the acquisition of these ships. But it would at least be a strong signal of the European leaders if they would be willing to investigate such a project.
On the other hand, it could also be a first concrete answer to the call for a European army generated by European Commission President, Jean-Claude Juncker, who said that an army “would help us design a common foreign and security policy”. The German Defence Minister Ursula von der Leyen supported this idea by stating that she is “convinced that a European army or a European defence union can be created as a logical consequence of European integration.”
Bringing all these pieces together would be an opportunity for the leaders of European Union to show their willingness to really act together. It would not only be a big step for a European army or a defence union, but an even stronger signal that Europe is ready to speak with one voice and (re)act with its own capabilities.