You are here:Home » Members news » Family and Work: Major Challenge in the Spanish Armed Forces 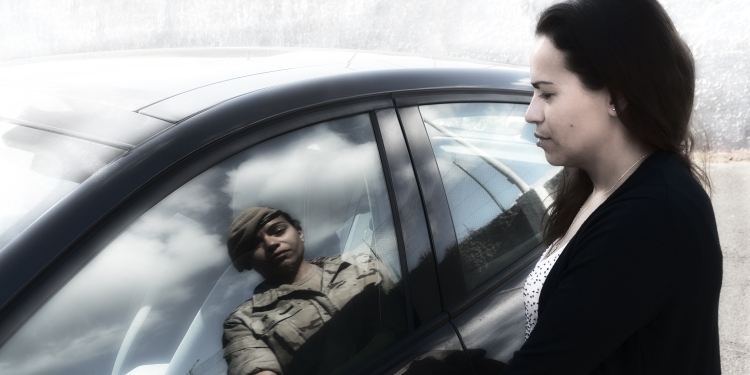 Family conciliation, one of the most serious problems faced by the troop and seamanship scale

The case of a soldier who has managed to get a judge to recognize her right not to have guards to take care of her daughter has set a precedent for which we must fight.

It has set a precedent, an example that should serve us to continue fighting for a cause that concerns us all; family and work conciliation.

On November 23 a judge of the contentious-administrative of Murcia sentenced that the soldier M. C. has the right to be exempted from guards, services and maneuvers to serve his two-year-old daughter.

According to a defense order, military officers in charge of children under 12 years of age have the right to a reduction in working hours, with a proportional reduction in their salaries. If the child is under four years of age – as in the case of M.C. – they should be exempt from guards, services, maneuvers and other activities “that interfere with the enjoyment of the reduction of working hours, when the needs of the service allow it”. The problem lies in this last phrase, or rather in the expression: “when the needs of the service allow it”. Because … on whom do those service needs depend? How are they evaluated? It is the military commanders who determine in each case what the service needs and whether they interfere or not in the care of the children. Evidently a totally subjective conditioning to an objective problem; the care of a minor. You can not make such important decisions lightly.

In the specific case of the soldier M.C it went well and a judge gave her the reason. We are also aware that it is not the first to do so, other courts have already recognized the right of the military (almost always female) to family conciliation. But, the problem is that these cases do not reach the Supreme Court and therefore does not create Jurisprudence. What results in that, unfortunately, the cases must be fought individually, each comrade waged his own battle and not always with the same fortune than M.C.

The Spanish Troop and Mariner Association (ATME) this summer sent a question to the Ministry of Defense on what measures to adopt to palliate revocation of reductions of working hours for children under four years “which, according to ATME,” is practiced indiscriminately in Melilla”.

This question was seconded by the PSOE and, more specifically, by the former commander of the Spanish Army and current deputy of the PSOE in Madrid, Zaida Cantera. She described it as “a very serious systematic violation of the rights of the military personnel assigned to Melilla in relation to the enjoyment” of “reductions in working hours for breastfeeding” and “care for children under four years of age”.

What did Defense respond? that “it can not be affirmed that there has been a revocation of it”, in reference to the reductions of working hours that, according to the association, are not being applied. The ministry also affirmed that “the needs of family conciliation have been addressed in an individualized manner”. Defense also added that “the concession of the reduction of the working day” that is currently being applied to the military of Melilla “does not violate the spirit of the regulations that regulate the conditions for the enjoyment of that right”.

“Does the Ministry of Defense support this discrimination between the military and the enjoyment of their rights according to their destiny and, more especially, according to the command of the aforementioned units in which they are destined?” Was a question that Zaida Cantera launched Government.

We return to the same, is it fair that a topic such as family planning depends on the decision of a command? Do they have the right to influence the care of a child?

This article is written by ATME. Please contact the association for more information.