You are here:Home » Members news » CS Presidents Congress Speech Was A Call To Politicians To Take The Strain On Employees In Danish Defence Seriously 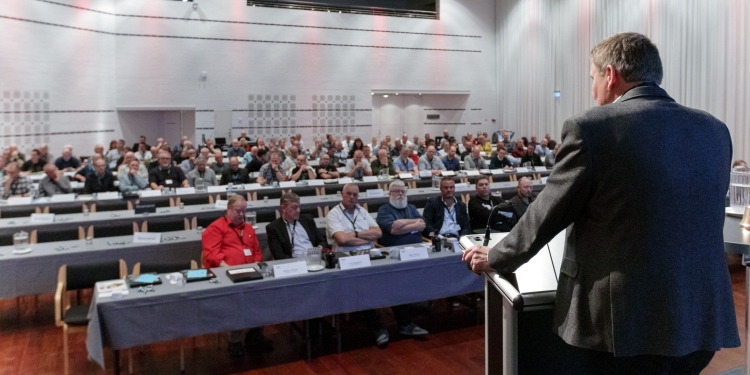 CS (Danish Central Association of Permanent Defence Personnel) had their Congress on the 9th and the 10th of November.

CS President Jesper K. Hansen’s opening speech on the Congress was directly targeted towards the Danish politicians and the commanding officers in the Danish defence. The Danish defence has the same challenges as many of our European counterparts: To many tasks for a decreasing amount of resources as well as big problems with retention of staff. The speech addressed these challenges, and pointed out four main areas where CS see room for improvement:

One of them is the use of agencies. The 2014 Defence Agreement caused the Chief of Defence to surrender big parts of his responsibility overall – merely the operational responsibility remaining. This means that the Chief of Defence in Denmark no longer has the right of disposal when it comes to his own finances, his staff, his material investments nor his constructions.

Right of disposal has been endowed the agencies – far from the Chief of Defence – and this has ultimately rendered the Defence Command differently. The agencies focusing their work on ministerial attention, meanwhile the Chief of Defence is focusing on the most fundamental tasks. This entails that the individual agencies are but drifting further and further away from their core mission. And further away from the everyday life that our members are experiencing. Fewer and fewer employees working at the agencies actually has an intensive knowledge about our members everyday-lives.

Another main point in the speech was to make the Danish politicians aware of the massive strain put on the defence when the politicians keep assigning new tasks to a decreasing number of employees. An increased strain on our defence contribute to much dissatisfaction amongst CS members, as well as a frustration that they are not able to make ends meet in their everyday life.

Here, President Jesper K. Hansen also asked the commanding officers in the Danish defence to exercise responsibility and to stand firm against the politicians, when they request more than the Defence Force has resources for – and remain firm in their resolution later on. He also stated, that it is extremely important that the Danish politicians are serious about the current strain on our defence. There needs to be made hardy priorities in defence assignments so that they do not exceed the number of employees, finance, and machinery.

As Jesper K. Hansen pointed out in his speech, it is hard to talk staff retention, when we are experiencing an increased level of stress among our employees, an even bigger insecurity when it comes to terms of employment and some of the lowest basic salaries in Denmark, as well as a more and more profound pressure on our work time- and bonus-agreements, less time for education – or none at all, and promotions demanding no education at all.

After the congress the speech was send out to the politicians in the defence committee, and the reaction has been very positive. President Jesper K. Hansen was shortly after invited to a meeting with members of the defence committee to discuss the challenges stated in the speech and to present CS’ suggestions for how to solve them.