On January 1, the Armed Forces of the Slovak Republic commemorated the 30th anniversary of its establishment. 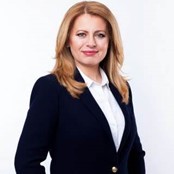 “In these challenging times, the value of our membership in the North Atlantic Alliance is even more evident, because despite the most serious security crisis in the region in our immediate neighbourhood, our society can feel safe. Concrete proof is the quick reaction of our allies, who brought us very valuable capabilities, which now contribute to the further strengthening of our defence capabilities countries. Several times during the past year I had the opportunity to appreciate how the Slovak Armed Forces to the new security situation”.

Jaroslav Naď, Minister of Defence of the Slovak Republic highlighted:

“Building of ours statehood was great rates supported by 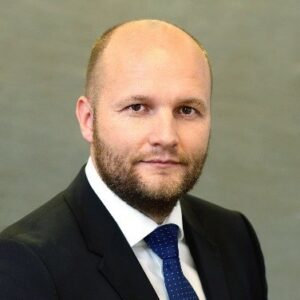 extraordinary responsible approach of ours armed forces basically throughout the existence of the Slovak Republic”.

“The Armed Forces of the Slovak republic were and are currently the guarantor of the pro-Western, pro-democratic orientation of our country. They perform their tasks excellently in various crisis situations. I believe that for the next three decades, our armed forces will professionally, responsibly, and proactively do what they are meant to do and for which I sincerely thank them”.

General Daniel Zmeko, Chief of the General Staff of the Armed Forces of the Slovak Republic affirmed:

“We have behind us three decades of successful work for the defence of our homeland. Those years were full of transformations, joining the North Atlantic Alliance and the 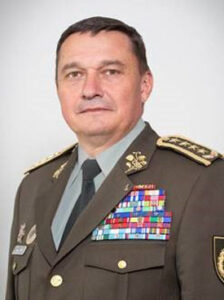 European Union, but also ordinary military life. This period was also characterized by the adoption of strategic decisions. During these years, we have clearly shown to the public that we are a stable pillar of security and are able to lend a helping hand in crisis situations where necessary. It is an honour for me that in such an important year I stand at the head of the armed forces, which are made up of real military professionals, whether in uniform or civilian clothes”.

“Professionalism, loyalty to the state, the ability to sacrifice oneself for the benefit of the national interest and the benefit of the citizens of our country, this is the highest quality of the armed forces. This has been shown over the past three years, when members of the Slovak Armed Forces were willing and able to do everything that the citizens of the Slovak Republic needed and expected from them in terms of solving crisis situations. At the same time, the soldiers received recognition and both sides had a good feeling about mutual cooperation. We can build on that for the future as well”.

The past year was one of the most challenging for the armed forces. The soldiers mainly fulfilled their main task, namely, to guarantee the defence of the Slovak Republic and its population in the context of Russia’s unprovoked aggression against Slovakia’s eastern neighbour.

The armed forces are in relatively good shape and have good and ready personnel.
“As a response to the war in Ukraine, we have been performing a huge number of tasks for a long time. We fulfil those tasks excellently. From immediate coverage of the state border, through assistance to the police force, to other challenges. The fact that we have not experienced any problems in professionalism, but also in morale and discipline, is one of the images of our strength and resilience,” said general Zmeko. 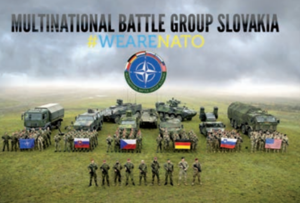 On March 9, 2022, the Slovak government agreed to the presence of allied armed forces on our territory in the form of a NATO Multinational battle group. It is the reaction of Slovakia and its allies to Russian militant imperialism that has increased in importance strengthening the defence of the eastern border of the North Atlantic Alliance.

The battle group MN BG SVK consists of a multinational command and staff, combat companies of the CZE, GER, USA and SVN, the combat support and combat security company. The battalion also includes a mortar unit from the Armed Forces of SVK. The battalion reached full operational readiness on September 23, 2022, after a successful exercise “Strong Cohesion”.

Tomb of the Unknown Soldier

Almost thirty years after the creation of independent Slovakia a Tomb of the Unknown Soldier was established in the centre of the capital city Bratislava symbolizing a place of patriotism and heroism.