You are here:Home » Members news » The President of EUROMIL comments on Greece’s draft law for military personnel 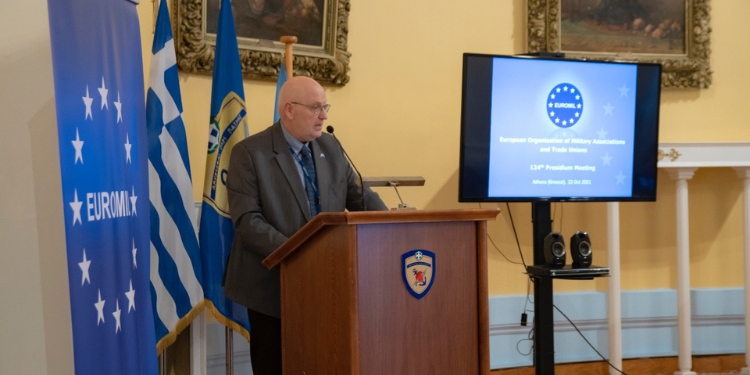 In the context of the coordinated actions of EUROMIL’s member association P.FE.AR.F.U, the President of EUROMIL, Mr Emmanuel Jacob, expressed his concerns on a specific article of the draft law entitled “Care for the personnel of the Armed Forces, rationalization of the legislation of the Armed Forces, organization of the National Guard and other provision”. More precisely, article 71 of the abovementioned law should be abolished, since it will weaken the functioning of trade unions in the armed forces, since it affects the leave days that members of military associations and trade unions are entitled to.

In this regard, Emmanuel Jacob sent a letter to the Prime Minister’s office, the Ministry of National Defense, the members of the Standing Committee on National Defense and Foreign Affairs and the Defense sectors of the opposition parties, with a parallel notification to the European Commissioner for Employment and Social Rights, Nicolas Schmit. Lastly, the President of EUROMIL also participated in the public electronic consultation on the draft law, submitting a related memorandum to Article 71, which in total gathered 240 comments.

The letter is available here.

Priorities of the Swedish Presidency of the EU Council