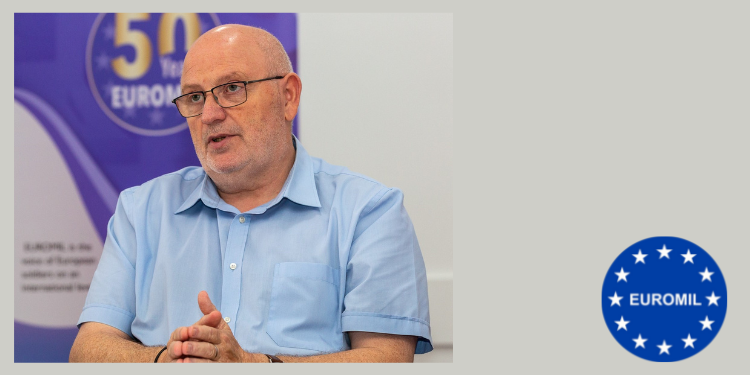 The third EU-NATO Joint Declaration has been much discussed due to the almost one-year delay. Russia’s unjustified aggression against Ukraine changed dramatically the geopolitical environment. Even though the EU and NATO increased their cooperation and responded in a coordinated manner against Russia’s threat, the declaration briefly touches upon the steps forward. In a nutshell, the EU and NATO will now enhance their cooperation on four domains: countering hybrid and cyber threats, emerging and disruptive technologies and space, climate crisis, and resilience. In this regard, it is important to point out that the declaration as such paves the way for increased cooperation between the two organisation, however, implementation is always the key. So far, positive developments have taken place, for instance, the next day (11 January 2023) of the signing of the declaration, the NATO Secretary General, Jens Stoltenberg, participated at the meeting of the College of European Commissioners, where NATO and the EU agreed to create a taskforce on resilience and critical infrastructures protection.

Another positive element of the declaration is that it underlines the importance of the NATO’s Strategic Concept and the EU’s Strategic Compass for the transatlantic security. Besides, during the press remarks, Stoltenberg also highlighted that the Joint Declaration recognises the value of a more capable European defence that contributes positively to the alliance’s security and that it works in complementarity with NATO. It is high time that the misunderstanding concerning whether the development of a stronger European defence duplicates NATO comes to an end. An EU with stronger military capabilities can only benefit the alliance and the transatlantic area.

In today’s world the threats and challenges that we face are highly interconnected. While dealing with a challenge as climate change, one must take into account also the emerging and disruptive technologies or the traditional military systems. Hence, for European soldiers to be able to respond to such a changing environment with multidomain and interlinked challenges, appropriate education and training is essential. To provide an example, the military is often called to deal with natural disasters or climate related threats when in missions and operations especially in Africa. If the soldiers are not properly equipped and trained to respond to such environments, then the efficiency and health of military personnel is in jeopardy. EUROMIL has been engaging in climate change and the role of the military discussions for a couple of years now, even before the link between the two was recognized by the EU and NATO and even by military authorities and soldiers. On the same direction, military personnel will need to adapt to strategies for the security of space or concerning emerging and disruptive technologies. Again, without clear guidelines, and proper training and equipment, defence capabilities will not advance and hence will not reach the required political results.

Military Mobility represents an important domain of cooperation between the EU and NATO, as it was stated in the 2nd Joint Declaration of 2018. Besides, the 3rd Joint Declaration recognizes that tangible results were achieved in this domain and cooperation will continue. Each declaration identifies new areas of cooperation between the two organisations, without meaning that ongoing cooperation on several projects will not continue. It is also important to mention, that the EU published on 10 November 2022, the Military Mobility Action Plan 2.0. This new Action Plan covers the period between 2022-2026, and -among other topics- it will reinforce cooperation with NATO and key strategic partners.

It is still too early to be certain on how the 3rd Joint Declaration will impact European soldiers, but I would like to see more common exercises and trainings of military personnel to be prepared for current and future threats and challenges. Military cooperation in the euro-Atlantic area is key for assuring the security of Europe and its citizens.

Both the EU and NATO have, from the beginning of the conflict, strongly assisted Ukraine. This trend should not decline, further delivering of weapons and financial support is essential. The war is not only about Ukraine’s territorial integrity, but about European values and democracy. Ukrainian people have showed unprecedented courage in fighting for the protection of our values and hence, we must continue supporting them in any way possible.

Unfortunately, the question of social rights of military personnel is often not considered at high level political discussions. All the EU-NATO Joint Declarations have failed to touch upon such a topic. EUROMIL is, has been and will continue to work towards the inclusion of military’s personnel social and working rights at the policy makers agenda. In this instance, it is important to mention, that steps forward have been taken. For instance, the European Parliament adopted at its plenary session on 18 January 2023, the Annual Common Security and Defence Policy (CSDP) report. In the report it is explicitly stated that the European Parliament “strongly urges the Member States to take into account the social and working rights of military personnel when they are trained and deployed together in an EU framework”.

The interview was conducted by our member association DBwV and it will be also available in German.

This is the most recent story.