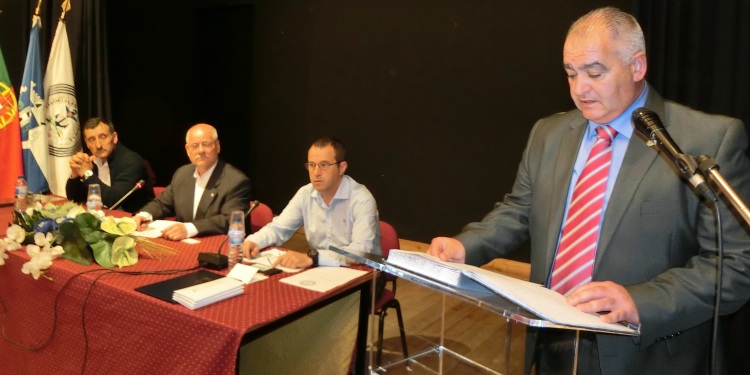 On 18 April 2017, a ceremony took place at the Centro Cultural Casapiano in Lisbon for the takeover of the new members of the AP Junior Rates Military Association for the 2017-2020 term.

The ceremony was attended by representatives of the Ministry of National Defence and  Ombudsman, the Chief of Staff of the Armed Forces, the Parliamentary Groups, the Joint Chiefs of Staff from Navy, Army and Air Force, the Almada City Council , the representatives of CGTP-IN and UGT union´s, the Disabled Military Armed Forces Association, the European Organisation of Military Associations EUROMIL, the Officer and Petty Officer Military Associations, the Petty Officers and Junior Rates Military Clubs, the Association of National Guard, the Investigation and Inspection Police Union and the Prison Guard National Corps Union.

In his speech, the Chairman of the Board, highlighted the need to reinforce the values ​​of the class, by the posture, the requirement of respect and, above all, recognition. Aware of the difficulties faced by the military every day, the President appealed to the union, that the objectives the staff sets out to achieve should meet wishes of the class and could in fact be fulfilled.

He also honored the leading AP team and addressed a special word to the new members, now beginning in the positions of associative leaders, telling them to be proud of representing the class and above all believe in their convictions: “The course is drawn and with the contribution of all, the most experienced and the least experienced, we will take the “ship” to good port.”

Finally, the President of the General Assembly invited all those present to a port of call, thus closing the inauguration ceremony.