You are here:Home » Members news » ANS: Proposal for salary revision for Sergeants presented at the National Defense Commission of the Portuguese Parliament 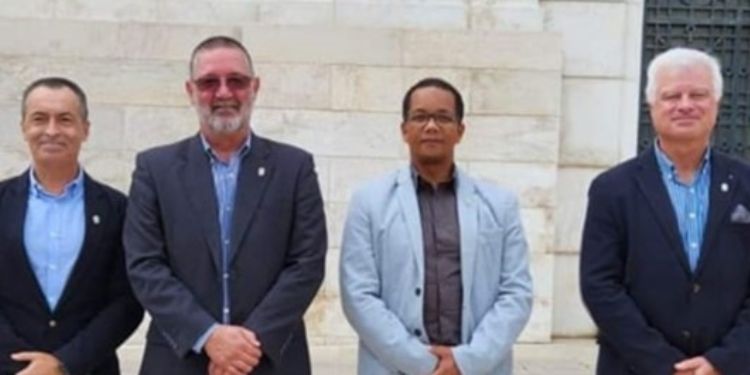 The President and the three vice-presidents of the ANS Board, respectively, António Lima Coelho, Rogério Graça (Navy), Carlos Colaço (Army) and Norberto Mateus (Air Force) were received on October 26, in an audience at the National Defense Committee of the Assembly of the Republic, for the presentation and defense of the Proposal for the Review and Amendment of the Remuneration Regime Applicable to Sergeants of the Armed Forces.

Only members of the Socialist Party (PS), the Social Democratic Party (PSD), and the Portuguese Communist Party (PCP) were present, which is symptomatic. The Defense Committee informed that the Parliamentary Groups of the Assembly of the Republic may use the ANS Proposal for the legislative initiatives they consider pertinent.

Thus, it can be seen that this was not any kind of negotiation. This continues to be forbidden to us by the Ministry of Defense. It was just another step in the struggle for better pay and career conditions for the Sergeants of Portugal.

The ANS did its job. We will see if someone else will do it. But real work, not false or misleading statements in the media.