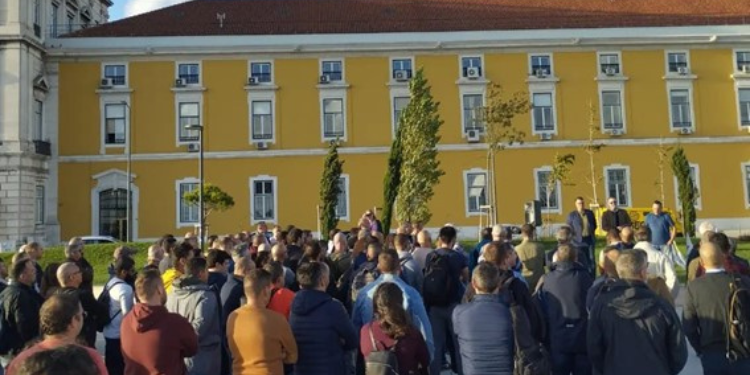 On the eve of the start of the general debate on the proposed State Budget for 2023, about two hundred military gathered in Terreiro do Paço, in front of the Ministry of Finance, in what they called a “public tribune” to express their dissatisfaction.

Professional military associations representing officers, sergeants and enlisted men protested on Tuesday against the pay conditions in the Armed Forces, demanding greater “fairness wage” and accusing the government of lack of willingness to negotiate.

On the eve of the beginning of the debate on the State Budget proposal for 2023, about two hundred military gathered in Terreiro do Paço, in front of the Ministry of Finance, in what they called a “public stand”, refusing the term “demonstration”.

With two speakers and a microphone, the presidents of the associations that represent officers, sergeants, and enlisted men in the Armed Forces took the floor successively to criticize the wage increases that are planned for the military and the Government’s lack of willingness to negotiate.

Corporal Paulo Amaral, president of the Servicemen Association (AP), rejected a salary increase in the Armed Forces in line with that of the public administration – a solution already put forward by the Defense Minister, Helena Carreiras -, stressing that the military have “many more duties than any other citizen” and do not want “crumbs”.

“We want what is due to us as citizens in uniform,” he said, before stressing that the pay gap between “comrades entering the ranks” and those who already have “three, four, five years of service” is “getting smaller and smaller.”

“This cannot happen in the Armed Forces. The Armed Forces are a hierarchical institution, it has levels, and if they don’t have a solid base that is motivated, that base does not support the building,” he argued.

Among the demands made by the military, Lieutenant Colonel António Mota, president of the Armed Forces Officers Association (AOFA), highlighted the need for the military to have a reference schedule and the right to overtime pay.

“Tell us what is required of the military in terms of a normal work day: is it seven hours, as in the rest of the public administration? It is eight? whatever it is. But, from that moment on, any extra hours that are worked have to be duly compensated”, he sustained.

For this, the presidents of the three military associations call the government to the negotiating table, considering that, so far, no steps have been taken in that direction. 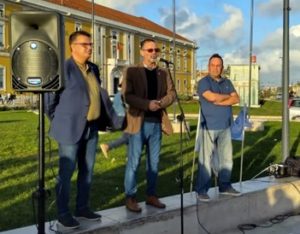 “We don’t want to receive for ourselves what others negotiate. We want to have our own voice, we want to assume, in our own way, the rights of those who are often said to be the best in the world”, said Sergeant António Lima Coelho, president of the National Sergeants Association (ANS).

Questioned by the Lusa news agency if they have already received any contact and feel the will to negotiate on the part of the Government, Sergeant António Lima Coelho answered: “No, because otherwise there would have already been signs in that direction”.

“It is not enough to make statements in the press saying that you are thinking about doing [negotiations]. We establish contacts through our own channels: we have emails, telephones. If they know our addresses for other types of matters, they should also know our addresses for this one,” he said, before criticizing the statements of the Defense Minister, who postponed the negotiations on the revision of military careers to “a moment after” the State Budget talks for 2023.

With the objective of having the right of “legal representation” of the associates and “collective bargaining capacity, in negotiation, with bonds”, the three military associations admit to acquire the status of a union.

EUROMIL’s Vice-President Jörg Greifendorff, was present at the public stand and stated that “we came to support comrades. We have already been here to celebrate the 40th anniversary of the 25th of April”, while he stressed that the Portuguese military have the same rights; in Germany a soldier is a citizen!