You are here:Home » Members news » An extra 10 billion goes to the Belgian armed forces, that’s unprecedented! 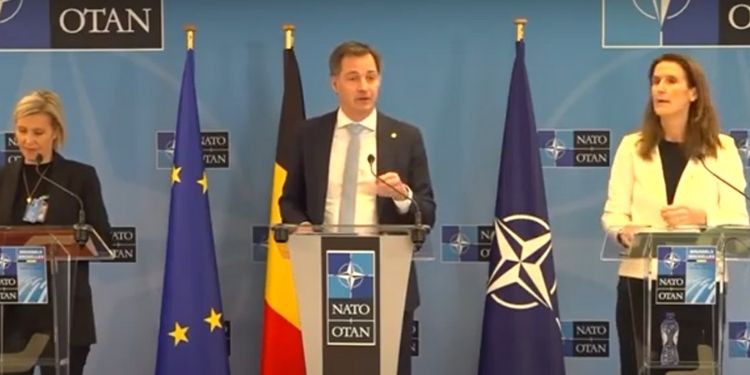 The budget for the Belgian armed forces is going up significantly by 2030. Mainly through investments in personnel. There will also be massive investments in new equipment that will be ‘dual-use’, usable in Ukraine for example, and for assisting the Belgian society.

The new Strategic Vision for the Belgian Defense is called STAR, which stands for ‘Security, Technology, Ambition, Resilience’. It will include new helicopters, armored vehicles, air defense capabilities, artillery systems, resources for the engineers and logistics, transport aircrafts, drones and for a robust cyber capacity.

In any case, the plan puts the Belgian armed forces on a solid growth path in terms of personnel. By 2030, Belgium should get a military force of 29,000 soldiers and civilians, which is 16% more than today. The wave of pensions means that 10,000 new service members will have to be recruited between today and 2025. The defence budget follows. Until 2024 there will be a budgetary policy of ‘stop the decline’. Then the growth path begins toward 1.54 of the GDP in 2030. The 2022 defiance budget is 4.2 billion euros, the 2030 budget will be 6.9 billion. This is unprecedented. In the coming years, an additional 10.2 billion euros will go to the Belgian armed forces, on top of the 9.2 billion already provided by the previous government. However, this time it is not purely about purchasing equipment, but about investing in personnel as well.

One of the aims is that the Belgian armed forces should also become a lever for education, training and social promotion. There have already been projects within the army with ‘NEETS’ – young people ‘Not in education, employment or training’ – who are given extra training opportunities in the Belgian defence organization. In addition, a voluntary service of collective utility will be introduced. This initiative aims at the many unemployed young people, particularly in the big cities, without education. They will be given opportunities to discover the Belgian armed forces. They’ll receive an additional ‘rucksack’ that will benefit those both inside and outside the military. Those young people will receive compensation on top of their benefits, but will remain available for the labor market.

Investments in equipment must be ‘dual use’, as assistance to the Belgian society is an important pillarof the STAR plan. The Military Hospital will become a medical hub by 2030, important for the operations we conduct abroad, but also able to serve as a crisis hospital. The engineers, who last summer had to rent emergency bridges for the flooded areas in Belgium because they no longer have them themselves, will also be better equipped.

By this summer, there will be a Cyber Command that should become a full-fledged defense component by the end of 2024. Because a defence organization cannot offer the wages that can be earned in the private sector, we are aiming for partnerships with companies in the sector, as a kind of military cyber reserve. This would involve personnel who would work for both those companies and the military. That’s a win-win. That’s why the Belgian armed forces also want cyber antennas near specialized companies.

Security at home often begins thousands of kilometers from the Belgian territory. The situation in Ukraine is the best proof of this axiom. All Belgian commitments to NATO have been fulfilled. Belgium has sent an infantry battlegroup of 300 soldiers to Romania as part of the Alliance’s Rapid Reaction Force. Belgian F-16s guard the airspace of the Baltic States and a Belgian frigate is part of a Nato standing maritime fleet in the Mediterranean.

As a result of the war in Ukraine, the Belgian government has also decided to set aside an additional one billion euros on top of the 10 billion to boost the army’s operationality in the short term. The extra money will go to “quick wins”: ammunition stocks, protective equipment, anti-tank weapons, protected vehicles, and computer and communications systems.

The STAR plan already provides a panorama of the Belgian armed forces ‘2.0’ that are better equipped and above all less timid in its ambitions. There has also been an important change of tone at the political level, where the attempt to clear one’s conscience by denying the martial aspect of the armed forces modestly renamed ‘Defence’ is no longer accepted. Today, tracked vehicles and cannons are no longer taboo, and it is allowed to talk about missiles within the Belgian government. It remains to change the mentality of the General Staff, whose inertia rivals that of a squadron of T90 tanks launched at ‘full speed’ towards the Dnjepr river.

Ireland and Italy blamed by the ECSR!

The Longest Journey Begins With a First Step