You are here:Home » Members news » Women In Ground Combat Units, Does It Really Make Sense? 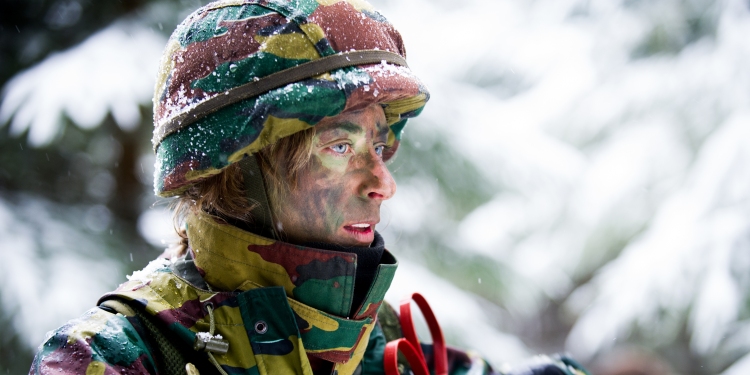 The following is an opinion piece by Roger Housen of ACMP-CGPM. For more information, please contact ACMP-CGPM.

In a considerable number of countries, women are still not allowed to serve in ground combat units. Military as well as political reasons are given to justify this provision. As a former commander of an Infantry battalion with both male and female soldiers in basic warfighting positions, I can think of at least five reasons why a young woman would want to integrate an otherwise all-male ground combat unit. And I am purposely emphasizing the word “integrate,” because if her aim were simply to be able to serve in combat units, advocates would have agitated for women being able to serve in their own all-female units long ago. The fact that there has been no such lobbying signals that women are after something beyond just getting to close with and destroy the enemy.

1. To challenge and to test herself, and to join a unit that represents the best

4. To pierce the vaunted boys’ club — even though it will then cease being a boys’ club

5. To enhance her career

Anyone reading this list should be able to appreciate, and even admire most of these motivations. However, there is a catch to each of them. All five have to do with the individual. They center around self.

1. This is the politically correct, most expedient stance to take

2. Out of principle — for anyone opposed to any gender segregation, the military makes a great target

3. Out of the conviction that the military should mirror society (although then we should have a military that is more than 50% female, shouldn’t we?)

4. Out of a desire to see more women attain senior command positions

When it comes to politicians’ motivations, numbers one, two, and three reflect nothing more than an enabling ignorance. They ignore why we have a military in the first place. The imperative when thinking about the military should be: what enhances our national security? Too often, however, politicians’ chief concerns revolve around jobs for their region; what pleases their donors; and what their constituents harangue them about.

Add up politicians’ concerns and, unfortunately, they point to exactly why the combat exclusion ban has been lifted the past decades in some countries: too few members of Parliament have to care about the national security of their country. As it is, none are held to individual account when it comes to security failures, particularly abroad in places like Iraq, Afghanistan or in African countries. Nor has the hollowing out of our armed forces begun to bear truly bitter fruit.

As for the desire to see more women attain senior command positions (motivation number four), those who attain these jobs typically rise through the combat arms in ways currently closed to women in many of our defence organizations.

In fact, the question to pose here is: what does prevent a woman from becoming a future division or land component commander other than the fact she has not passed through certain billets?

Or to come at this from a slightly different angle: do you have to have been a grunt to be an effective strategic thinker? Do you have to have “been there, done that” to effectively oversee ground combat units at the general officer level? Maybe instead there are certain positions that would grant a woman a sufficient “feel for,” such that her subordinates would want to defer to her judgment regardless of her not having been an actual infantry soldier, or paratrooper.

We should all think: are there positions that would or could prepare a woman to be able to eventually compete for a shot at senior operational command positions without her having to lead an infantry squad, platoon, company, battalion or a special forces detachment first?

I don’t know the answers to these questions. I suspect they are rarely posed. Most important, of course, is to consider what combat soldiers think since they are the ones who will need to be well commanded — if, that is, we want our security well defended. So, what, in their view, would impel them to want to follow a commander who hasn’t climbed all the same rungs that men currently do?

In short, which rungs would combat soldiers say are imperative for their commanders to have to climb? Pose these questions to enough men in uniform and it might turn out that there is a way (or there might be several ways) to finesse the issue of getting more women into senior military command positions without having to alter the make-up of ground combat units. Recently there have been any number of general officers in command positions who grew up in combat units, but who themselves never engaged in combat. This leads to an inverse kind of comparison, but again is it conceivable a woman would have what it takes, in men’s eyes, to command them without her having been a grunt right alongside them?

Why, meanwhile, is this important? Because, as everyone likes to point out, all-male units, just like individual women caught in combat situations, have performed well over the past decade. It defies common sense to now mix them and mess with that success in the face of mounting global security concerns. Moreover, no one yet has been able to explain how an otherwise all-male unit would close with and destroy the enemy more effectively with female members present.

But there are also other reasons why we should think hard about how the military might reframe this issue. First, a generational change is underway. Second, those currently serving at brigadier level and below have not only seen considerably more combat than their elders, but have also been on the receiving end of some pretty questionable strategy, for instance in Afghanistan, Iraq, or regarding Libya. A change in thinking is sorely needed. Consequently, it shouldn’t be the least bit surprising that “disruptive thinking” has become the cri de coeur of this next generation. Third, and also drawing from my own experiences of commanding a ‘mixed’ battalion, recent history demonstrates the promise of full integration. In both Iraq and Afghanistan, women who served on Operational Mentoring and Liaison Teams (OMLTs) or on Female Engagement Teams (FETs) were used primarily by infantry and military police units to accompany patrols and work at checkpoints. This allowed troops to have access to women in the community – and often to local men who preferred to speak to women. These teams were expected to patrol, interact, and shoot when necessary, but rarely had extensive training with the local or international units they worked and lived with. Despite this disadvantage, they performed their mission skillfully and successfully. If each of these young women were allowed to be in the infantry, there would be minimal need for special FETs. Many units would already have this inherent capability as fully integrated members of the team. Women have performed capably and bravely over the last decade. Imagine what could have been accomplished if they had been given the same training as these men, and think about the cohesion that would have naturally occurred if this difficult training was accomplished alongside their brothers-in-arms, as part of the unit?

With thanks to: Anna Simons, Why Integrate Women into Ground Combat Units -War on the Rocks