You are here:Home » Members news » The Brain Drain in the Belgian Military 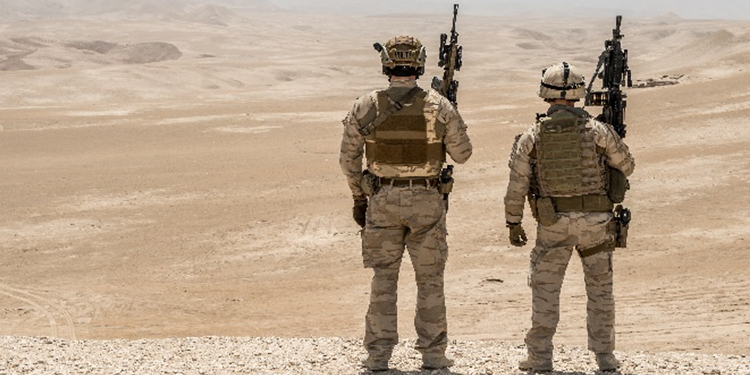 Abstract – The Belgian armed forces annually face a loss of both male and female military personnel. Many issues, such as the archaic legacy system and the choice to start a family in the current military situation, play a major role in military-career choices.

The Belgian armed forces today are losing talent. Up to 6% of the men and women between the age of 30 and 40 are annually leaving the military, shifting their lives from khaki and camouflage to chinos and corporate attire. They are entirely of the Millennial generation, those Belgians born after 1980. While the ebb and flow of young people into and out of the military is always a steady tide, the ongoing drain of experienced and bright young officers and NCO’s departing service after 10 to 20 years in uniform is a concern.

No one expects the Belgian military to redesign itself for its Millennials—to become a camouflaged version of Google or Facebook, or adopt a high tech start-up culture where staff officers and NCO’s ride scooters down the headquarters hallways clad in shorts and T-shirts. The armed forces are instruments of conflict prevention in peacetime, and controlled violence in war. Their culture must reflect the unique demands this places on their members. Few businesses call on their employees to give up their lives if required to get the job done. Partly as a result, military service is often viewed as a calling, not simply as a job or even a career. Only a select few can be expected to answer that call for a career or a lifetime.

But they need to be the right few.

For warfare is a highly complex business, and the side that intends to prevail must bring every advantage into what could become an existential fight. Brainpower and talent matter. Which citizens the military attracts, what cognitive and leadership qualities they possess, and how many of them stay for a career are issues of strategic importance to the nation’s security. But the Belgian military personnel system is as a Polaroid in the age of digital cameras, once the cutting edge, but now superseded.

The current Belgian military personnel system was designed decades ago in large measure to provide interchangeable human parts to fit the diverse requirements of each service. This flexibility was an important virtue in view of the necessity to grow the force according to the Cold War contingencies.

Despite a world that has vastly changed since 1990, many elements of that Cold Wartime system remain in place today. Significant reforms occurred since, but even then, large elements of the old approach remained. We replaced an existing patchwork of rules and regulations governing the management of military personnel with another one. Changes were basically evolutionary, extending the existing paradigm (grade controls, promotion opportunity and timing objectives, job changes, transfers, and uniformity across the services) that was established during the Cold War.

This legacy system is woefully archaic in the 21st century—and far removed from the best talent-management practices of the private sector. It may well be the last untransformed segment of an otherwise modern, flexible, and adaptable military. Yet the personnel system touches every single person in the armed forces every single day of their career—and determines how much they are paid, where they live, what kind of jobs they perform, and how often they move or get promoted. Neither officers and NCO’s nor enlisted troops have any substantial input in how they fit into this system—nor how to maximize their talents for the greater good.

Officers typically change jobs every two to three years, and often move from base to base every five or six years, NCO’s move in average every five years after their initial period in their first unit. Perhaps the most damaging effect of this incessant turbulence is a continuous loss of continuity and expertise in key jobs. Even at the most senior ranks of general and admirals, jobs are often held for three years or less. It is viewed simply as the cost of doing business in a military still wedded to a Cold War personnel system of interchangeable parts. Spouses of military personnel now often have careers of their own, and the military’s moving turbulence often makes such normal two career pursuits utterly unsustainable. Uncounted numbers of junior officers and NCO’s leave the military because they simply see a career pipeline that will force them down a path where they do not want to go—or force their spouse to give up a valued job or even a career in order to move.

The military is largely a closed-loop system for talent. Lateral entry is nearly nonexistent outside of unique specialties such as medicine. The three-star generals and admirals who will be leading the forces in 2035 are serving in uniform today as majors or lieutenant-colonels with somewhere between 15 and 20 years of service. Even the future military leaders in 2045 are already serving in uniform, just starting out as ensigns and lieutenants, most with fewer than five years of service. Losing talented, experienced, and innovative leaders in between the 10th and 20th year of their military careers means that those officers and NCO’s will not be available to serve in ever-more senior military leadership positions during the next the 20 or 30 years. This problem deserves rapt attention because getting the quality of the force wrong—unknowingly keeping in less capable officers and NCO’s while losing the best and brightest talent—could have debilitating effects on fighting the complex wars of the future.

Decisions surrounding starting a family also play a major role in military-career choices, especially for women. This choice is a difficult one for individuals or couples in any setting, but starting a family in the military is fraught with even greater challenges than most civilians face. Timing pregnancy and childbirth around operational deployments, the accessibility of both parents, who may be geographically separated for child-rearing, and life-and-death risks in training and in combat all factor into the equation.

Dual-career military couples face the most complex minuet of planning and juggling deployments, other separations, fertility cycles, and the often highly physical demands of military jobs for both parents. Combine the occupational uncertainties of military life with the often unpredictable prospects of conceiving on a set schedule, and having a family while one or both parents are in the military—especially mothers—is a Rubik’s Cube of complex orchestration, sometimes with disappointing results.

In sum, the military faces a growing cohort of young men and women within its ranks who have much different expectations from their Baby Boomer seniors who now run the services. Cosmetic changes to the current system are unlikely to meet the lifetime goals that many of these young leaders share with their civilian peers. They expect their lives to have a modicum of stability, protected from constant moves and job changes. Many of them seek broader opportunities for advanced civil schooling, and nearly all want to be able to both serve in uniform and raise a family in a reasonable Western lifestyle. They hope to have far greater input to tailor their career paths more closely to their skills and interests.

Yet when asked, these same people are fully willing to risk their lives in combat or dangerous peacetime training—again and again. They fully understand the unlimited-liability contract under which they serve. They “get it,” as much as any generation in uniform that has come before them—and many of them have been deployed time and time again. They simply want some degree of control over their life and career when not being deployed overseas—not an unreasonable outlook.

Unlike its private-industry counterparts, the Belgian military does not track the levels of quality among those who are leaving the force, nor does it have any insight on why they are choosing to leave. There are no exit interviews for departing junior officers and NCO’s, no accumulation of data on who is staying or going, no statistical rundowns on the percent of each performance quintile by rank (or IQ, or any other measure) who are choosing to leave or stay. The military does not even gather such information.

There are no objective metrics by which to determine whether the military leadership is succeeding – or failing – in its personnel management. In the Belgian military, there are no quarterly earning statements, no public stock prices, no annual profit and loss numbers. However the military performs, it seems simply good enough. Even suboptimal performances during deployments seem to be an insufficient impetus to objectively assess military performance and hold leaders accountable. It only becomes worse in peacetime where little can seemingly be measured as related to what the nation wants from its military during a conflict. The abject lack of metrics on the performance and skills of those departing the force compared to those remaining reflects a culture that insists the current system works well.

High time to change that.

Unfortunately, proving a counter-factual is impossible. There is no way to prove that the yearly loss of hundreds of officers and NCO’s will have measurable effects that may harm the military of the future. The military does not even attempt to measure the “quality”—by any definition—of those that are leaving, or have already gone. That alone should be deeply unsettling to Belgian taxpayers who are spending substantial tax dollars to sustain their military security apparatus. If the armed forces themselves don’t care whether they will be led by the best people, something is fundamentally wrong.

Leadership and people are the real advantages that the Western military will bring to the future battlefield—superior technology can be stolen or neutralized, brilliant operating concepts outflanked, and unexpected surprises at hand around every corner of the next conflict. The margin of victory will often be decided by whether we have the smartest, most capable, most dedicated people the nation has to offer on the battlefield.

The stakes here are enormous: they involve nothing less than the ability of the military to prevail in future conflicts. The military has long acknowledged that people are its most valuable resource, far more than weapons and technology. And the unpredictable and complex nature of future warfare make that truer than ever.

The text of the article is available here. For more information, please contact ACMP-CGPM.