You are here:Home » Highlight post » Strategic Compass: the Future for European Defence and integrated Armed Forces? 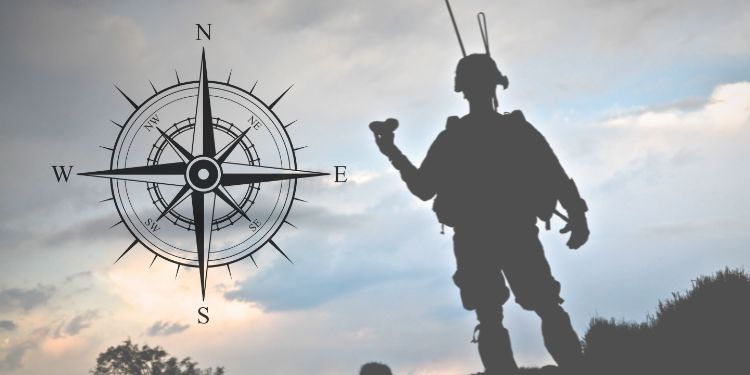 The Strategic Compass[1] represents a roadmap that will guide the EU through challenges and threats for the years to come, and towards a stronger and more integrated Europe of Defence, able to act autonomously when needed and with partners when possible. The EU Member States committed in advancing European defence capabilities, and – for the first time ever- they share a common threat analysis.[2]  The Strategic Compass was built upon the threat analysis and thus the final document covers all areas of cooperation; it consists of 4 pillars: to Act, to Secure, to Invest and to Partner.

The first pillar includes tools as the Rapid Deployment Capacity (RDC) or the Civilian Common Security and Defence Policy (CSDP) Compact that aim at increasing Europe’s defence capabilities and closer collaboration in missions and operations. Secondly, the EU will boost its joint intelligence capacities, further develop an EU Cyber Defence Policy, while the creation of a Hybrid Toolbox will ensure that the EU can detect and respond to a broad range of hybrid threats. Thirdly, to invest means that the EU needs to spend more and better in defence, in line with the commitments already made through the Permanent Structured Cooperation (PESCO).[3] The Member States will work together to further develop full spectrum forces that are agile, interoperable, technologically advanced, energy efficient and resilient. Hence, full use of PESCO and the European Defence Fund (EDF) is needed to develop interoperable high-end systems and advanced technologies.

Lastly, EU’s cooperation with partners is essential to address common threats and challenges. The document emphasizes on ways to enhance EU-NATO cooperation, as through structured political dialogue and frequent high-level meetings. Besides, the EU will strengthen its collaboration with organisations as the United Nations (UN) or the Organisation for Security and Cooperation in Europe (OSCE), and its bilateral relations with like-minded states.

For military personnel the creation of RDC represents an important development, as it will be constituted with up to 5000 troops which will train and exercise together and it will be financed under the European Peace Facility (EPF). Today, the Member States are working on the operational scenarios that will lead to the common exercises next year, and the RDC will be fully operational and ready to be deployed by 2025 for evacuation, stabilization and rescuing operations. To provide an example, if the RDC was ready during summer 2021, it could have been deployed in Kabul for an evacuation mission.

To continue, RDC does not represent the first attempt of the EU to build on EU joint forces; the EU Battlegroups and CSDP missions and operations exist for years but in different forms and structures than the RDC. Firstly, the Battlegroups and the CSDP missions and operations are funded by the contributing states, while RDC will be financed by the EPF.

To elaborate more, there are currently 7 military CDSP missions and operations and for these missions approximately 5000 European soldiers are deployed. These soldiers are working side by side but they do not have the same rights nor are they paid the same way. Mainly due to the fact that the contributing States bear all personnel related costs, as salaries, medical coverage and travel expenses. Secondly, the RDC will work on evacuation, stabilization and rescuing operations, something that the CSDP missions are not focusing on. For instance, the European Union Training Mission in Mali (EUTM MALI) is aiming at training the Malian Armed Forces.[4] Thirdly, the EU Battlegroups are consisted only by land forces, but the RDC will include land, air and maritime components. Besides, the EU Battlegroups have never been deployed mainly due to financial obstacles. The fact that military operations are usually financed through national funding, does not make participation attractive, and mostly discourages the smaller Member States to participate.

Apart from the creation of this new capacity, the Compass also focuses on modifying current structures as the CSDP missions and operations by making them more robust and by taking under consideration non-military challenges. Thus, human rights and gender advisers will participate at the missions and operations. Moreover, the EU is aiming at reducing the environmental footprint of CSDP missions and operations in line with the Union’s goal of climate-neutrality by 2050 under the European Green Deal; green technology, sustainable digitalisation within the armed forces or circular economy represent a few steps towards sustainability in the defence sector.

For EUROMIL the Strategic Compass is the right way forward and it builds on the process of strengthening European Defence through initiatives as the Coordinated Review on Defence (CARD), PESCO, or the EDF. These initiatives have already opened the way for closer defence cooperation between the Member States and their Armed Forces. For instance, on 30 May 2022, the Germany-led PESCO project European Medical Command reached Full Operational Capability; it was supported by 18 countries with the aim to increase medical operational readiness and interoperability for joint EU-NATO operations. The combination of PESCO projects, funds as the EDF and the EPF, strategic reviews as CARD and the RDC have created a new framework for the European defence forces.

The RDC will further advance Europe’s defence capabilities, avoid fragmentation and invest in interoperable Armed Forces. Moreover, and through the fact that it will be financed under the EPF, the EU could overcome financial obstacles in deploying forces. Hence, financing the RDC by the EPF creates a new momentum for European Defence and for military personnel. Now, it is more evident than ever that soldiers who train and work together and are paid by the same fund should also enjoy the same working and social rights. Besides, we need to make sure that soldiers receive proper training and are able to respond to emerging threats as climate change.

Overall, the Strategic Compass is a very ambitious document that leads towards greater European defence integration but political will is essential in order for the Compass to be fully implemented. The advancement of European Defence and the fact that Member States are committing to it, creates a new momentum for military personnel and EUROMIL to advocate and promote the social pillar of the Armed Forces.

[1]The document was adopted by the Foreign Affairs and Defence Ministers on the 21st of March and was endorsed by the Heads of States and Governments on the 25th of March 2022.

[2]The EU’s Single Intelligence Analysis Capacity created the threat analysis by inputs from the Member States’ intelligence services and it represents a common understanding of the global and regional threats that the EU and its Member States are facing.

The article is also available in German, produced by our German Member Association, Deutscher BundeswehrVerband (DBwV).

PFEARFU: No to the Unequal Reimbursement of Health Care Expenses for the Military

Denmark: Women Speak about Abusive Behaviours in the Armed Forces