You are here:Home » Members news » ‘Stati Generali’ of Military Trade Unions: Equal Rights for All Italians 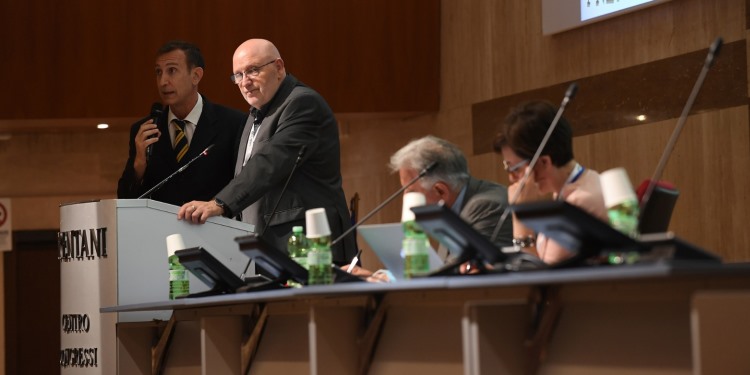 On 13 and 14 July 2021, 18 Italian military associations joined in Rome for the first ever high-level meeting of Military Trade Unions, organised by EUROMIL’s member association ASSODIPRO.

In his speech, Emmanuel Jacob, the President of EUROMIL, underlined the importance of implementing trade union rights in the Italian armed forces as well as collective bargaining.

′′If military trade unionism works in several other European countries, such as Denmark, Norway, Holland, Germany, Austria, even in Hungary – even though it is not currently a country with democratic rules – why shouldn’t this work in Italy? This is a speech that has nothing to do with the size of a country. Rather it has to do with the mindset, which needs to change, in the sense that everyone can accept that military personnel – regardless of their rank and condition – can be enrolled in a union. That can be a Colonel, a General or a commander of an armed force, because he is also a worker like all other workers, awaiting the government’s salary at the end of the month. So if this works in other countries, no one can convince me that this can’t work in every European country, including Italy. We are citizens, we are workers in uniform, and none of us want to question the operational aspects of the armed forces. It’s not up to us. It’s not up to us to decide whether to go on a Mali mission or to Afghanistan. But the conditions in which we will work in these countries, where military personnel will go to these countries, yes.

[…] On the internal level of the armed forces, we need to change the mindset. This is done by talking to the staff. This change of mindset is not just done with legislation. It’s practical, daily work, to show everyone that we are reliable and respectful, because we represent tens, hundreds, thousands of Italian citizens.”

At the end of the meeting Emmanuel Jacob expressed his hope that this successful meeting will be the start of a closer collaboration between Italian military associations.

The original article can be read in Italian here.