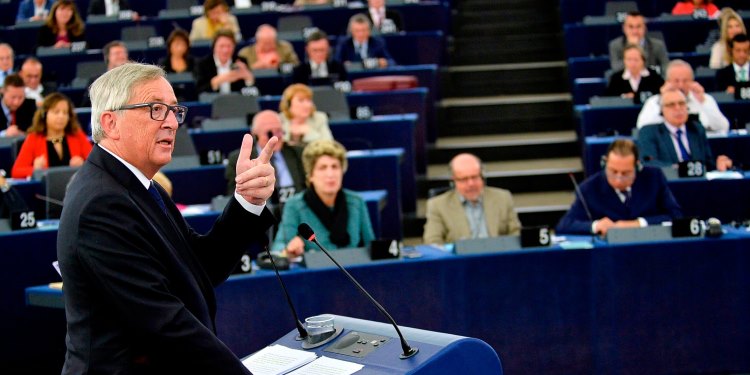 On 14 September 2016, the President of the European Commission, Jean-Claude Juncker, gave his yearly State of the Union address in the European Parliament. Juncker pointed out it was high time for the EU to honestly assess its situation, shedding light on different problems the Union is facing but also pointing towards possible solutions and the way forward.

President Juncker touched upon all major policy issues on the European agenda: unemployment, social justice, state debts, Brexit, trade agreements, terrorism and climate change were mentioned in his speech. He also acknowledged that the way the European Union works is sometimes complex and hard to understand for citizens. He therefore called on all politicians and his commissioners to communicate more and better about the way the EU works and what it stands for.

In the field of European defence, Juncker argued that being a soft power is not enough in today’s world, where the number of violent conflicts is increasing and problems in Europe’s neighbourhood have a direct impact on the union. “If we wish to maintain influence, we have to work together”, Juncker emphasised. He proposed the setting up of a European Military Headquarter – a permanent structure missing today. Furthermore, to boost European research and technology, Juncker pledged for the creation of a European Defence Fund.

EUROMIL welcomes the ideas presented by Juncker to push for a more structured and institutionalised European defence cooperation. At the same time, EUROMIL calls for the recognition of the social dimension of a common defence project. To raise awareness for this important issue, a letter was sent to President Juncker.