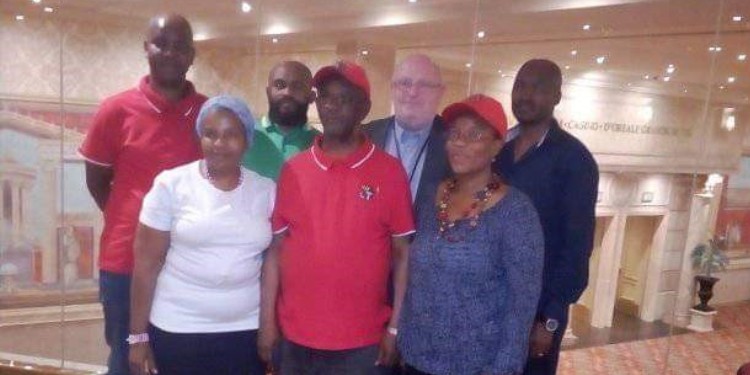 On the occasion of his participation at the 10th ICOAF, EUROMIL President Emmanuel Jacob had the opportunity to meet a delegation of the South African Security Forces Union (SASFU). Already in the past, EUROMIL was in contact with military trade unions from South Africa and it was a good occasion to share information between both associations.

Just like EUROMIL already did in the past with colleagues from South America, the organisation will also in this case show its moral support and inform important stakeholders on the problems that our South African colleagues are facing. Only a strong solidarity among military associations and trade unions can help to make them all true representatives in benefit of our soldiers, their families and the defence forces as a whole!

Following the Decision Taken at the Extraordinary Congress in Budapest