You are here:Home » Euromil News » 10th ICOAF: “The Evolving Roles and Responsibilities of the Armed Forces and the Implications for Ombuds Institutions” 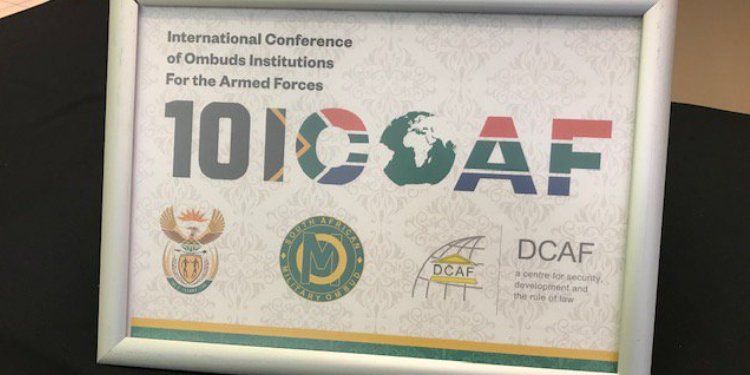 The Geneva Centre for the Democratic Control of Armed Forces (DCAF) and the South African Military Ombud organised the 10th International Conference of Ombuds Institutions for the Armed Forces (10th ICOAF) from 28 until 30 October 2018 in Johannesburg, South Africa. The goal of the conference was to explore new challenges and opportunities resulting from the armed forces involvement in new fields, such as in domestic security, border security and migration, disaster response, and peacekeeping, and the role ombuds institutions can play addressing these challenges.

As was the case in previous years, the conference reached out to representatives of ombuds institutions for the armed forces from nearly forty countries from Europe, Africa, Asia, Australia and America. Through this conference, ICOAF has been able to further strengthen its function as a platform for promoting democratic oversight of the armed forces and preventing maladministration and human rights abuses. At the same time, it is recognised that each national context is unique. In their conference statement, the participants underlined the importance of ongoing international dialogue among ombuds institutions to promote and protect human rights and fundamental freedoms within and by the armed forces. Also EUROMIL promotes these principles and is an active participant since the first ICOAF meeting.

EUROMIL decided at its last Presidium Meeting to work on closer cooperation between its member associations during missions and operations abroad and applauded therefore this initiative calling ombuds institutions to, at least, support the principles of the resolution.

The 10th ICOAF discussed during several plenary sessions and breakout groups the already mentioned topics. Some of them, such as topics related to internal security and migration, have already been discussed at EUROMIL meetings and will remain high on the organisations agenda in the years to come. EUROMIL was pleased to be given the opportunity to lead one of the breakout sessions to discuss the preparation for missions especially focussing on training, equipment and complaint mechanisms. Discussing these topics brought lead automatically to the budget and recruitment problems that most of the armed forces are facing.

Preparations for the 11th edition of the ICOAF which will take place in Sarajevo, Bosnia and Herzegovina, in October 2019 have already begun.