You are here:Home » Euromil News » Roundtable on Military Associations in Tallinn, Estonia 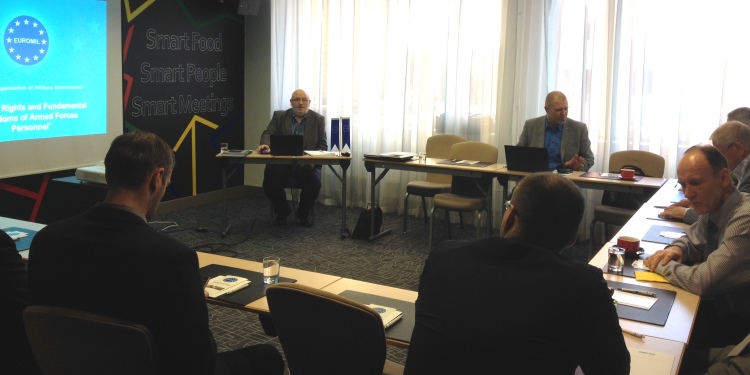 On 23 May 2017, EUROMIL organised a roundtable discussion on military associations in Estonia. As a follow-up to the “Roundtable on the Role of Military Associations and Unions in the Baltic Countries and Eastern Region” organised by EUROMIL in cooperation with OSCE ODIHR in June 2016, EUROMIL now focused on the situation in Estonia.

EUROMIL’s President Emmanuel Jacob said that it is EUROMIL’s firm believe that military associations should be involved in a regulated structured social dialogue with the authorities, thus enabling military personnel to negotiate their working conditions. With different associations already existing in Estonia, he is convinced that the basic conditions are already in place. He assured the participants that EUROMIL is available to share information and experiences whenever wanted and needed.