You are here:Home » Euromil News » President Jacob at General Assembly of N-COACA 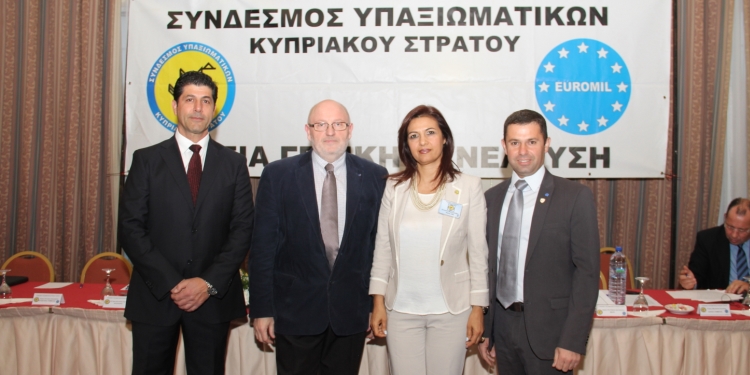 The President of EUROMIL, Emmanuel Jacob, was invited by N-COACA to speak at their General Assembly on 7 March 2016. The General Assembly, which took place in Nicosia, was opened by Katerina Markoullidou, the President of N-COACA. Afterwards, President Jacob addressed the assembly, before the Minister of Defence of Cyprus, Christoforos Fokaides and the Chief of the National Guard, Lt. General Georgios Basiakoulis took the floor. All speakers discussed the regulations for NCOs which are currently being modified by the parliament. Furthermore, issues of working time regulations and human rights, especially the freedom of speech and expression were raised. The General Assembly was held in the presence of members of the defence committee of the parliament, who also made short statements.

The full speech of Mr. Jacob can be read here.

The Requirement of Parliamentary Approval