You are here:Home » Euromil News » Political Rights for Soldiers – A Future Possibility? 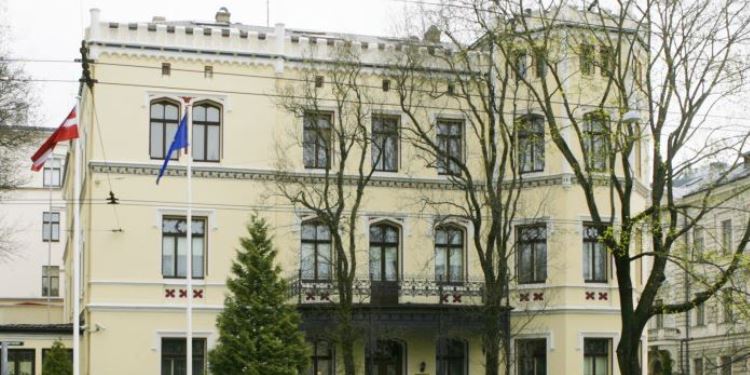 Image from Council of Europe.

On 10 December 2021, the Latvian Constitutional Court ruled that a case brought before it regarding the political rights of military personnel was no longer relevant due to the applicant’s subsequent departure from the Latvian armed forces. The case was ultimately dismissed.

The case in question was brought to the Constitutional Court by an individual who was, at the time, serving in the Latvian military. The case centred around the question as to whether soldiers’ rights were being infringed upon due to the fact that they are prohibited from joining or establishing a political party in Latvia.

While the case was unfortunately never heard, it is nonetheless worthwhile exploring the issue of access to political rights for soldiers as the Latvian context is mirrored in many countries across Europe. Furthermore, it is interesting to consider what the likely outcome of the case would have been, had it progressed.

Soldiers are, more often than not, prohibited from having political affiliations. In an internal EUROMIL survey, it was observed that out of 25 countries who answered, only in Sweden, the Netherlands, Germany, Finland, Denmark and Belgium can soldiers avail of the right to express an opinion on political issues publicly – although usually as a private citizen.

In order to assess the question as to whether soldiers should have political rights, it is important to explore why such stringent restrictions are in place to begin with, and why military personnel are treated so differently from their colleagues in the public sector. The OSCE/DCAF publication Human Rights of Armed Forces Personnel: Compendium of Standards, Good Practices and Recommendations highlights that due to the nature of the armed forces, it is imperative that they are “above political controversy, and to be perceived as such.” Furthermore, the Compendium observes that one of the core elements in establishing democracy and the rule of law in a society is the separation of political and military spheres.

One particular issue that is associated with allowing military personnel full access to civil and political rights is the risk of individuals or groups with “extreme” views. It is rightly pointed out that the European Committee of Human Rights has recognised that restrictions on individuals with extreme views from entering into the public service are a justifiable restriction on ones’ civil and political rights. EUROMIL is wholeheartedly of the view that extremist behaviours have no place in the armed forces but it is also worth questioning the extent to which restricting the political rights of military personnel risks furthering feelings of social and political isolation and pushes those very individuals deeper into extremist activities.

How then, can such a difficult issue be tackled? What is clear is that context is everything and what works in one country cannot necessarily be implemented in its neighbouring state. Nonetheless, looking to our neighbours can provide us with methods of good practice. For instance, Germany has managed to allow military personnel to engage in the political sphere as private citizens quite successfully which is done so by engaging with the concept of ‘citizen in uniform.’

It is without question that those serving in the armed forces must be dedicated to protecting and upholding the principles of democracy and the rule of law and in this sense, a politically neutral military as a collective is essential. In reality though, soldiers are not merely faceless pawns of the state – they are active citizens with the same issues and concerns as every other average citizen and are not immune to the everyday challenges facing us all. So, while political neutrality as a concept is important, a blanket restriction on personnel engaging in the political sphere is unnecessary and less stringent prohibitions should surely be considered.

The Compendium once again offers sage advice in dealing with this issue. Context is everything, and as individual nations we are constantly in flux and experiencing both new and repeated challenges. A society’s current and historical situation will undoubtedly play into the kind of restrictions that should be in place for military personnel and that is exactly why having such blanket prohibitions on political and civil rights for personnel is problematic. It is worth stressing again EUROMIL’s disappointment over the dismissal of the case by the Latvian Constitutional Court, and it remains to be seen whether a similar case will come before it again soon.

Climate Change and the Role of the Military