You are here:Home » Members news » Participation at Munich Security Conference 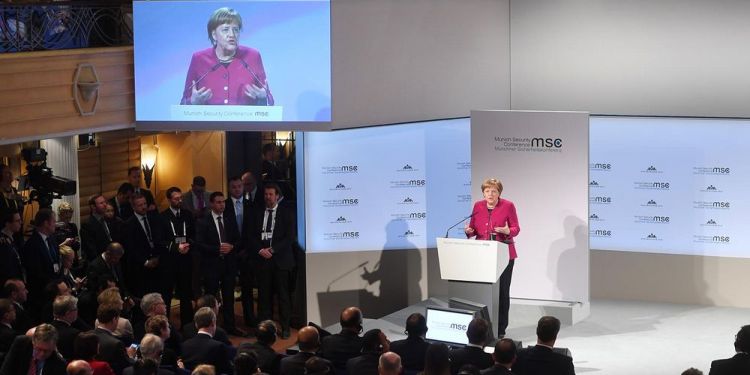 Abstract – The German Armed Forces Association (DBwV) participated in the Munich Security Conference (MSC). The Federal Chairman, Lieutenant Colonel André Wüstner, was a participant in Munich, and networked with military, parliamentarians and experts. These informal discussions away from the conference were at least as important as the big speeches in the hall, where during a weekend around 600 participants, including some 30 heads of state and 90 ministers, discussed issues such as the future of Europe, the transatlantic relationship, the dispute over NATO defence spending, the end of the disarmament treaty INF, the world power China and conflicts like in Afghanistan.

The original version of the article is available here. For more information, please contact DBwV.