You are here:Home » Members news » News from Germany! 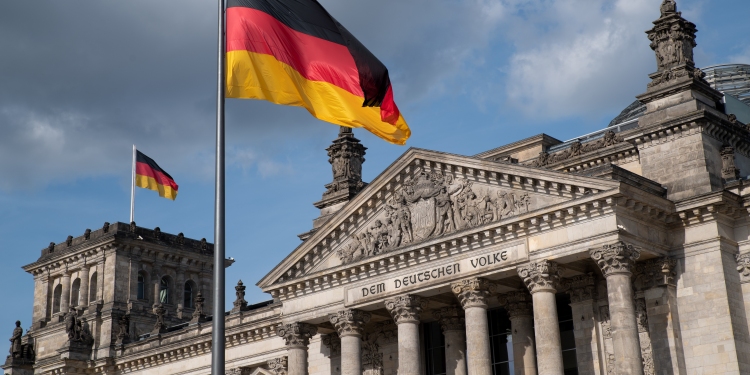 Update on the Afghanistan Mandate

On Thursday, 25 March 2021 the German Parliament adopted the German government’s motion of the extension of the foreign mission of the armed forces to Afghanistan with 432 votes in favour and 176 No votes. It has been elaborated that the ongoing mission will include up to 1300 soldiers who are deployed as part of the NATO training, advisory and support mission “Resolute Support”. Training, advice, and support by German forces will take place in the region of Kabul, Bagram, Mazar-e Sharif and Kunduz, as well as individual cases and for limited periods in the rest of the operational area in Afghanistan. Due to current US-American political affairs of the Biden Administration, the German armed forces are preparing for a much faster withdrawal from Afghanistan in consultation with NATO allies. The Defense Ministry informed members of the German parliament on Wednesday 21 April about consultations according to which the date could be brought forward to 4 July. The U.S., as the largest troop contributor, had previously committed to a withdrawal by  11 September, the 20th anniversary of the terrorist attacks by the Islamist network al-Qaeda in the United States.

Due to an immense outbreak of the B.117 mutation type of the COVID 19 virus Germany committed 26 German medical corps soldiers to Portugal. Besides this pro-European commitment, 40 mobile and 10 stationary ventilators including the necessary consumables, 150 infusion devices and 150 hospital beds have been sent. On Friday, 26 March the mission has been completed successfully.

In March 2021 the new initiative “Young DBwV” met digitally for the second time to elaborate on new target groups issues that apply online participation opportunities and enable a sustainable commitment of young association members, along vertical organisation structures including bottom-up principle: from local member community to the national level. Offering new types of digital participation, considering the subnational member association level, and including civil military servants, are issues that will be worth intensifying during the following months in 2021.

On Wednesday, 10 March, the planned tightening of the German Soldiers Act and the Bundeswehr’s disciplinary code was met with a divided response from experts, at the public hearing of the Defence Committee. The changes, overseen by legal experts,  could mean that future temporary soldiers can be subjected to summary dismissal without lengthy judicial disciplinary proceedings in the first eight years of their service in the event of a service offense – up to now, four years apply. According to the legal experts, this is “constitutional”. For the DBwV, on the other hand, the tightening is excessive and does not achieve its goals. DBwV legal advisor Major (ret.) Christian Sieh took part in the committee meeting as an expert on behalf of the association. He explained to the members of parliament why the DBwV is overwhelmingly critical of the draft and strictly opposed to it. “In our assessment, this tightening is completely misguided,” said the in-house counsel. Even if the plan still conforms to the constitution, “not everything that is legal is also legitimate.”

On Tuesday, 6 April 2021, 325 new recruits of the German Armed Forces started their service, as they become the first young people to volunteer for homeland security as part of the voluntary military service. The project “Your Year for Germany” is taking place as a pilot project in the Armed Forces Base and on a smaller scale in the Air Force. Special features of the Voluntary Military Service in Homeland Security are the close-to-home scheduling in the reservist service after basic and special training, as well as the service in homeland security instead of foreign deployment. The training in the pilot project initially consists of a three-month basic training at one of the basic training locations. These are distributed throughout Germany and are intended to train the selected applicants as close to home as possible. The basic training is followed by four months of special training. The five-month reserve service must then be completed within a period of six years.

The first episode of the Bundeswehr Association’s podcast ran at the beginning of December 2020. Since then, the podcast has been available at regular intervals on its homepage. Exciting topics from the everyday professional lives of soldiers are addressed at regular intervals. If you are interested in hearing the latest news, click here.

For further information on any of the above please do not hesitate to contact DBwV.