You are here:Home » Members news » New Agreement for Danish Defence 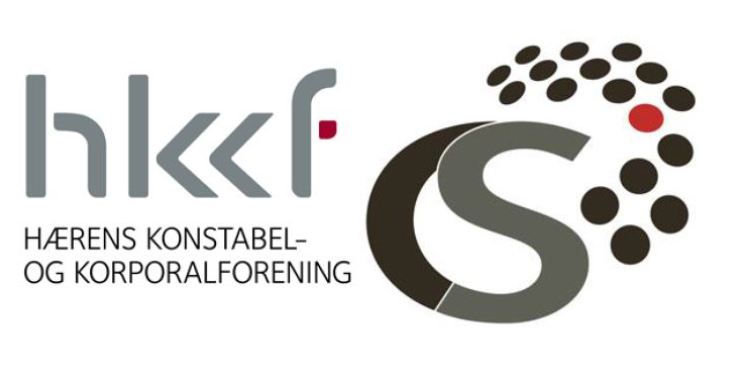 The Danish government has reached an agreement regarding the Danish Defence for the period 2018-2023. EUROMIL’s Danish members CS and HKKF commented on the deal:

CS President: The new Defence Agreement is a positive read, however….

The long awaited Defence Agreement is (finally) published, and according to President of CS Jesper K. Hansen it is generally full of positive measures. But there are also parts that in his opinion need further attention:

“There are many positive things in the new Defence Agreement in Denmark: First of all the Danish defence budget will increase, which is necessary after years of saving money. Second of all the Agreement stretches over a six year period from 2018 to 2023 and is a product of broad political agreement. This gives the Armed Forces time to implement the necessary actions without political interference. Finally the Agreement includes the National Emergency Management in the total defence and strengthens this both financially and with more personnel.

But there are also elements in the agreement, which we at CS (the Central Association of Permanent Defence Personnel) must pay special attention to.

The new Defence Agreement does not address the biggest challenge in the Armed Forces at the moment; namely retaining current personnel and recruitment. We will see more colleagues but mostly for the new tasks. And therefore we will still face challenges in making the Armed Forces attractive – for those already employed, and for those to come in the future. I am disappointed that the new Agreement does not take this into consideration, but I will continue working on drawing attention to the matter and getting it on the agenda.

In connection with the New Agreement there has been much talk about redundancies. Therefore I am pleased by the fact that the Chief of Defence is ensuring no mass redundancies in his latest newsletter. And that he on that note also stressed that consideration for our employees is key.

And in the same newsletter the Chief of Defence wishes to involve the local cooperation structure as much as possible in the actual implementation of the Agreement. It is up to the Chief of Defence and the Minister of Defence to implement what in their assessment is necessary for the Armed Forces to solve their tasks.

And that allows us to influence the implementation of the measures that lie in the Agreement. Therefore, it is important that everybody in the local works councils acknowledge their responsibility and in corporation with the management discuss the necessary local measures to be taken in order to best solve the tasks. I will do mine to make sure the Chief of Defence keeps his word of fully including the cooperation structure.

Finally – but certainly of big importance – it is extremely positive that the Agreement now commits the Danish Defence to work with education and competence development. It is very important for CS to secure competencies that we can use in our duties in the Armed Forces but also if we one day wish to leave the Armed Forces. Therefore, CS will be in dialogue with the Armed Forces about executing the New Agreement in relation to the work on competencies.”

The new defence agreement will strengthen the Danish Armed Forces. HKKF (the Union of Enlisted Privates and Corporals in the Danish Army) is particularly pleased with a vocational education being a requirement in the agreement.

“Fundamentally, it is a good defence agreement that is backed by a broad political majority. The Danish Armed Forces will receive more funding, more soldiers and more equipment. However, one should note that the new resources are only seriously materialising from 2020 onwards. The everyday reality in the next two years will therefore be more or less similar to what it is today. And it is a busy one, so it will still be necessary for the leadership to prioritise the tasks.”

That is the immediate reaction from HKKF’s chairman, Flemming Vinther, after a broad political majority passed the agreement which will be in effect for the Danish Armed Forces up until 2023.

Now HKKF, together with the Danish Armed Forces, must look into if and how a vocational education programme for the constables might take shape. Before the end of 2018, the results will be presented to the parties of the agreement.

One of the major components in the agreement is that the army is to assemble a brigade of approximately 4,000 men. Below, you can see what significant changes the agreement is expected carry with it for the army.

“The Danish Armed Forces must still be capable of solving missions abroad, while at the same time, we are getting more missions at home. Today, the soldiers solve their missions professionally and with commitment, but there is no doubt that a lot is demanded of the employees of the Danish Armed Forces. Therefore it is good that more soldiers will now be recruited – even if it looks like it will be phased in slowly,” says Flemming Vinther.