You are here:Home » Euromil News » Diversity and Inclusion in Security 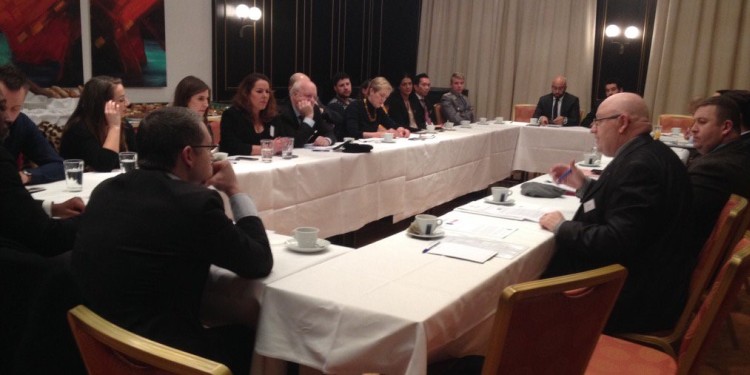 On 18 February 2018, the President of EUROMIL opened the “Diversity and Inclusion in Security” event which was organised by the association Deutscher.Soldat and partly sponsored by the DBwV, in the margins of the Munich Security Conference in Munich.

President Jacob explained that   EUROMIL continuously advocates human rights including equal opportunity rights of armed forces personnel as “citizen in uniform” since its foundation almost half a century ago. As “citizens in uniform” soldiers should be entitled to the same rights and freedoms as every other citizen in a democratic society. In general, one could observe the opening of the armed forces in the last years, the legal conditions and frameworks for diverse and inclusive armed forces and full equality are in general getting better. “However, the legal frameworks as such are not enough, they should also be implemented” E. Jacob emphasized, “Here, trade unions and associations can play a crucial role in making sure that rules do not only look good on paper but are also translated into reality.”

Different keynote speakers from civil society, the security sector and academia from Europe and the U.S. spoke on the need to mainstream issues of diversity and inclusion. Participants discussed the terms of inclusion and integration as well as unconscious (structural) biases, the need to create safe spaces for minority groups to exchange experiences but also the need to advocate diversity and inclusion outside of these groups. Special emphasis was laid on the need to overcome the “silos” of different minority groups in order to come together and advance the common goal of inclusion together.

EUROMIL will continue to work on the issue. Together with the German Marshall Fund of the United States (GMF) and Women in International Security Brussels (WIIS), EUROMIL will host a transatlantic forum entitled “Mission Critical: Diversity & Inclusion Best Practices for the Security Sector” on 19 April 2018 in Brussels.