You are here:Home » Euromil News » NATO Parliamentary Assembly: “Deterring To Defend: NATO After The Warsaw Summit” 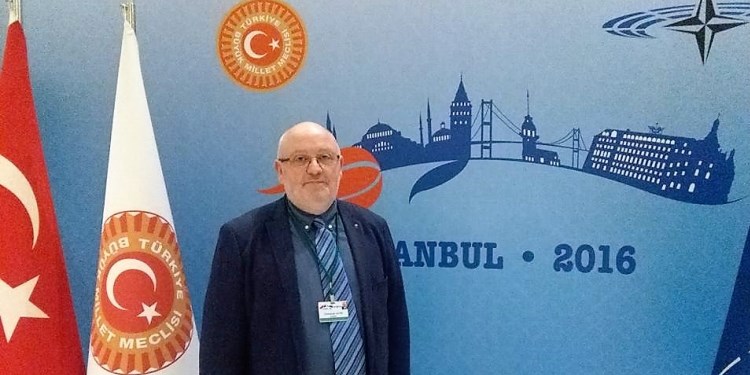 From 18 to 21 November 2016 the NATO Parliamentary Assembly (NATO PA) gathered for its 62nd annual session in Istanbul, Turkey. The outgoing NATO PA President Hon. Michael R.Turner, expressed his support for Turkey in its battle against terrorism and struggles to host some three million Syrian refugees while recovering from a failed coup attempt at the same time. “We are holding this session here in Istanbul as another way to demonstrate our solidarity with Turkey and the Turkish people and to recognize the trauma that the coup represented”, he stressed, while also noting that “we are here in support of Turkish democracy (…) Solidarity and democracy go hand in hand. They are NATO‘s shared values”.

“From the outset, I would like to express our appreciation on NATO’s timely and unequivocal support to Turkey right after this outrageous coup attempt and on various occasions” Mr. Osman Askin Bak, Head of the Turkish delegation, emphasized. “As Secretary General Stoltenberg said, this coup attempt did not only target Turkey’s democratic institutions, but also the very core values on which our NATO alliance is based” he added. The tone however changed during the following discussions in the committees. Several members raised concerns about the subsequent series of dismissals and arrests which have affected teachers, opposition politicians, civil servants, judges, journalists as well as the military. “You are talking about the rule of law,” Dutch MP Angelien Eijsink said in response to the declarations of Basat Öztürk, Deputy Undersecretary of the Turkish Ministry of National Defence. “But at the same time people get arrested without clear evidence. We don’t understand; we are worried about the developments that the rule of law is taking in Turkey” she continued. In his response the Undersecretary insisted the Turkish authorities were working within their legal obligations in responding to the coup.

In the political committee the Turkish Minister of Justice, Bekir Bozdağ, regretted that allies had been slow to condemn the coup attempt on 15 July 2016 and called for more support from the West. “We do not see international solidarity,” Bozdağ said “this is a huge disappointment.”

High on the agenda of the security and defence committee were the post-coup presentations and debates on Turkey, but also the situation in Afghanistan and a draft resolution on “NATO’s Post-Warsaw Defence and Deterrence Posture”. Especially the latter has been discussed and amended in depth.

Highlight during the plenary on Monday was a speech of the President of the Republic of Turkey, H.E. Mr. Recep Tayyip Erdoğan.  The Turkish President called on the international community to stop terrorist organisations using their countries for propaganda and illegal activities. Erdoğan said that Turkey, as a victim of terrorism, could not tolerate that groups like the PKK could be “comfortable” in European countries. He furthermore claimed that some terrorist groups were supplied with weapons from abroad.

NATO’s Secretary General Jens Stoltenberg addressed the NATO PA as well. He emphasized the necessity of increasing the defence spending, but also addressed the collaboration with the European Union. “I need your support on defence spending (…) A stronger European defence will strengthen Europe, EU and NATO” he argued. Last but not least he called on MPs to approve the accession of Montenegro to NATO in their national parliaments.

Last but not least several rapporteurs presented draft resolutions of the different committees. These documents can be downloaded from the website of the NATO PA.

The NATO PA elected Paolo Alli, member of the Italian Parliament (NCD) and in the past years Vice-President of the NATO PA, as its new President. “The choice of an Italian President after 55 years is a significant achievement, made possible by a great team work. Designation as President of NATO Parliamentary Assembly is great honour for me and for Italy. I’ll try to do my best!” Mr. Alli stated via twitter. He replaces Hon. Michael R. Turner from the United States who served two years as the PA’s President: “Europe and North America are each other’s closest allies and need each other as much as ever in today’s ever changing and hostile security environment. We cannot afford to take each other for granted.”